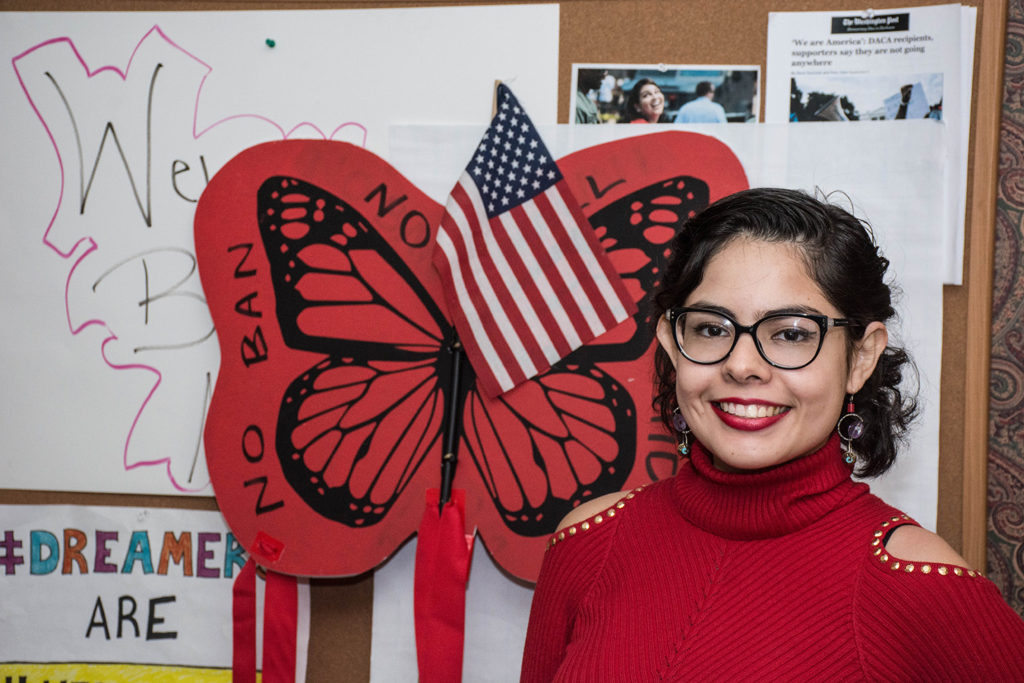 Fun Fact: Loves making every type empanada out there.

An art student designs social programs for the community

When Valeria Fuentes sees a deficit, she figures out a way to close the gap. The twenty-two-year-old grew up in a food desert in East Baltimore, which led her to create Kinetic Kitchen. For the last two years, the bio-cooking program has taught children at various schools around the city how to cook their own food. Not only did the students learn to cook for themselves, but with Valeria’s guidance the 6 to 12-year-olds were able to create a pop-up restaurant at R. House.

Valeria is no stranger to working hard. She left her home country of Bolivia to move to the United States at the age of four. Then she watched her mother work three jobs to support her and her two siblings. “I never saw myself graduating with an art degree,” the MICA graduate student explained. Fortunately for her, she’s been able to merge her passion for art and community into a Master’s Degree in Social Design. “It’s like we’re designers and social workers at the same time,” she explained. The one-year master’s program helped her to rethink her role as a designer.

“This goes beyond me. I know other people in the city feel they don’t have a platform to show their work. I want them to be able to sell and perform.”

When she realized that LatinX artists did not have a visible platform, she founded the Roots and Raices Festival to help them be represented in Baltimore. “The idea is it’s completely run by Latin American artists from Baltimore, but we want to recognize all immigrants. Any person who has immigrant decent.” But the festival does not only promote artists, it also promotes civic engagement. And Valeria wants to use the festival to encourage young people to vote. The festival takes place in Station North in April but will then turn into an online campaign. “This goes beyond me. I know other people in the city feel they don’t have a platform to show their work. I want them to be able to sell and perform.”

Valeria has no plans on slowing down with her social designs. The performance poetry recently started a garment line called Segunda Piel, which means Second Skin in Spanish.