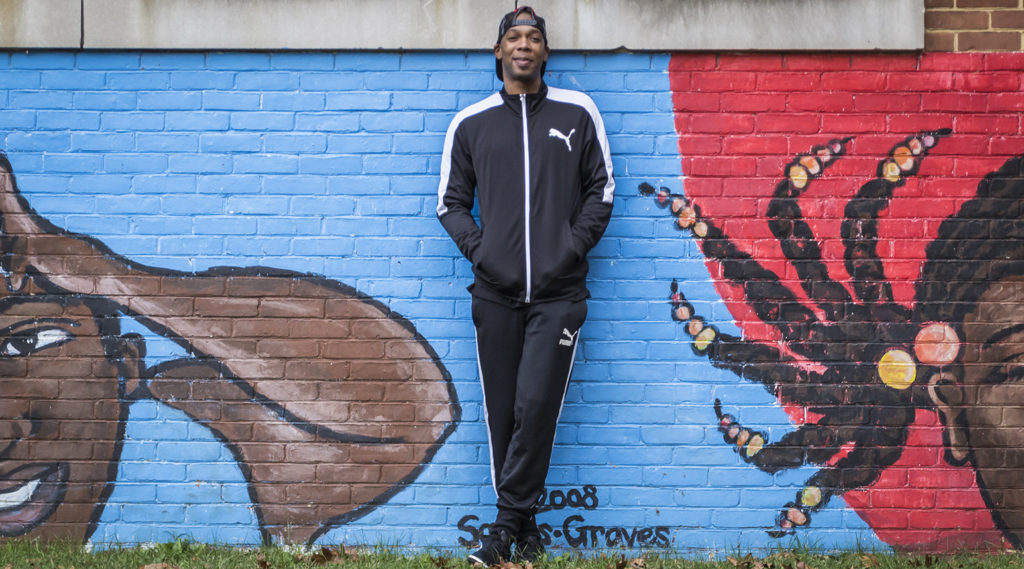 Fun Fact: Puts his all into everything but he’s clumsy. He trips and drops stuff all the time.

Wax On, Wax Off

A father recognizes other fathers in the community

Miquel grew up playing basketball in his Popular Grove neighborhood. Back then, there was always somewhere for kids to go to stay active. That’s where he met his mentor, Coach Pierre Johnson. On their first meeting Coach Johnson told Miquel, “If you want to come in this gym you’re going to have to help me wax the floor. Before I ever shot a basketball in the gym, I waxed the floor.”

It was that moment that changed his life forever. Not only did he earn the privilege to play the sport that he loved but he also gained a lifelong friend. “My mentor, really raised me. If it wasn’t for people like him I wouldn’t be the type to give back to my community.”

“My mentor, really raised me. If it wasn’t for people like him I wouldn’t be the type to give back to my community.”

And Miquel knows he’s not the only man giving back to his community that’s why he was disturbed to hear so many father’s receiving a bad rap. “Fathers were getting a bad rap. Everyone was talking about bad dads. I wanted to do something to pay homage to fathers. “ That’s when he decided to create the Father’s in the Hood Family Fun Day. For the last six years, he’s gathered young people from the Popular Grove Community to celebrate and build relationships with the fathers in the neighborhood. “My main goal is to use sports, athletics, arts and entertainment to get kids off the streets and into positive things while helping them see they can reach their dreams.”

The father of five offers basketball, kickball, flag football, and other team building sports for some friendly competition every Saturday before Father’s Day. Miquel has made it his personal mission to provide positive images of fathers in his community. Because of the men in his life, he has been able to grow into a leader and create a change in the neighborhood that shaped him.