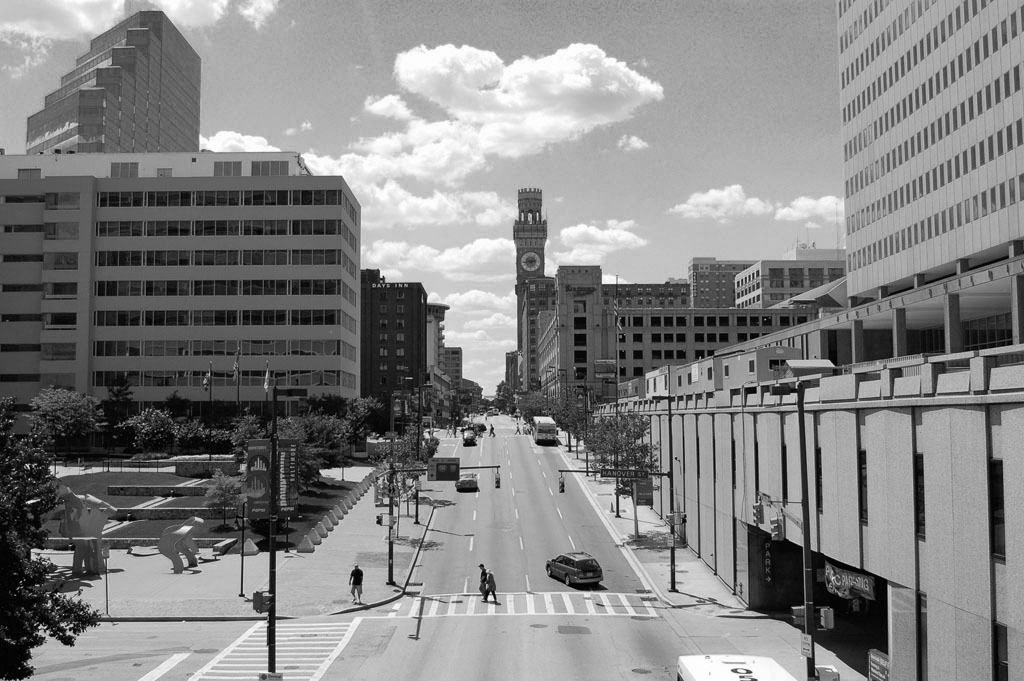 On April 12, 2015, Freddie Gray was out on a morning like many others in his life. Like virtually everyone in Sandtown-Winchester, a 40-block section of northwest Baltimore, he lived day to day, hustling to keep alive and provide the simplest basic needs of daily life. Freddie Gray had been poisoned as a child. He bore the scars in an inability to concentrate, keep his emotions in check, hold a steady job. The poison was lead, and its damage is irreparable. Freddie was like thousands of other children in Baltimore who between the 1960’s and today lived in houses whose interiors were painted with lead-based paint which had a deadly habit of pealing as it aged. There is perhaps a no better example of the interconnectedness of the problems facing Baltimore’s most vulnerable than the narrative of Freddie’s life. Born prematurely to a single mother addicted to heroin and raised in a series of houses tainted with lead paint, at the age of one he showed signs of serious lead poisoning. At the age of two, when he was tested, his lead levels were seven times the threshold that triggers significant brain function damage. Freddie did not have to eat a lot of paint; the equivalent of three grams of sugar (and lead paint tastes sweet like candy) can cause irreversible brain damage. That damage manifests itself in an inability to concentrate or to control emotions and moods. For all intents and purposes, like the 44,000 other children who had been diagnosed with lead poisoning in Baltimore before 1993, Freddie Grey’s life as a productive citizen and fully functioning human being was over at the age of three.

Freddie never finished high school due to his inability to function in a classroom. He was arrested more than a dozen times over the years, and there is no record of him ever holding a steady job. His family sued the landlord of the North Carey Street house they had lived in on behalf of Freddie and his sister, and between them, they received a $435,000 settlement which was to be used for their benefit. The settlement was to be paid over 30 years, providing a steady income to support two individuals who would never be able to support themselves. There is no evidence that any of the money was used for anything associated with Freddie Gray’s care. In fact, Freddie Gray’s family sold the settlement for $54,000, slightly more than ten cents on the dollar. The buyer of the settlement was the Bethesda-based Access Funding Group. Access Funding bought millions of dollars of settlements from over 200 poor families over the years, families that had no representation or advice, for the most part, were destitute and took the cash. The sale of the settlement was approved by a judge in Prince Georges County who had no knowledge of the circumstances and was brought into the case as a convenience to Access Funding. This judge, Herman Dawson, has approved over a hundred cases similar to the Grays. Following Freddie’s death, the CEO of Access, Michael Borkowski, was quoted as saying, “Access had a good relationship with the Grays and provided flowers and condolences to the family.”

There had been no requirement that the original landlord remediates the places of Freddie’s poisoning, so who knows how many children’s lives were ruined by the same paint.

The tragic political irony of Freddie Grey’s life is the fact that he was poisoned during the term of the first African-American mayor of Baltimore, Kurt Schmoke. Schmoke presciently advocated the decriminalization of drugs and accurately foresaw the implications of charging thousands of young men like Freddie with nonviolent drug offenses. Schmoke’s housing commissioner, Danny Henson, however, during his twelve-year term never brought even one criminal case against a landlord for lead poisoning. Upon leaving office, Schmoke joined the board of a now-defunct not-for-profit called the Children’s Health Forum, which was largely funded by and essentially functioned as a shill for the Dupont Corporation, a major manufacturer of lead paint. It was a transparent attempt to prevent corporate liability for the poison they sold, the stuff that likely put Freddie Gray on a path to the life he ultimately led, that die being cast at the age of two. The relationship between the Forum and Dupont was never disclosed publicly in its tax filing or website, even as the organization doled out money to individuals like Schmoke in states with lead paint litigation risk. The further tragic political irony is that Baltimore’s subsequent mayor, the much-reviled Martin O’Malley, implemented a set of zero-tolerance law enforcement policies that incarcerated thousands of young African-American men, including Freddie Gray.

Like Freddie, many of these men exhibited behaviors that frequently led them into the gulag of incarceration, and that was directly associated with the years of neglect in enforcing lead paint standards. Unlike Schmoke however, O’Malley brought hundreds of cases against landlords for lead paint poisoning. Only in Baltimore, even today poisons its children with lead. While the city’s children are tested only at the ages of 1 and 2, the evidence clearly indicates that lead poisoning occurs between the ages of 1-6. Those children who are poisoned after the age of two are never tested, even upon entering kindergarten. Real estate is routinely sold by the city and financed by Fannie Mae for “rent to own” purposes without a requirement of checking on lead abatement. Hundreds of row houses in Baltimore, lived in by families that move in and out, over and over, are still not remediated. No one knows how many children are poisoned annually in Baltimore, how many of these children are over two, how many adults are suffering from the debilitating injuries of lead or how many houses remain hot spots for lead poisoning. Behind the rosy reports of data showing that lead paint levels in Baltimore’s children have dropped precipitously lies the fact that 70% of children under two in Baltimore remain untested, there is little data as to whether the ones tested form any sort of a representative sample and there is still zero testings of children over two years of age.

These are questions which have high-cost answers. Elected officials in Baltimore for years would rather deal with the collateral damage in violence and poverty than invest in obtaining those answers and implementing solutions based on them.