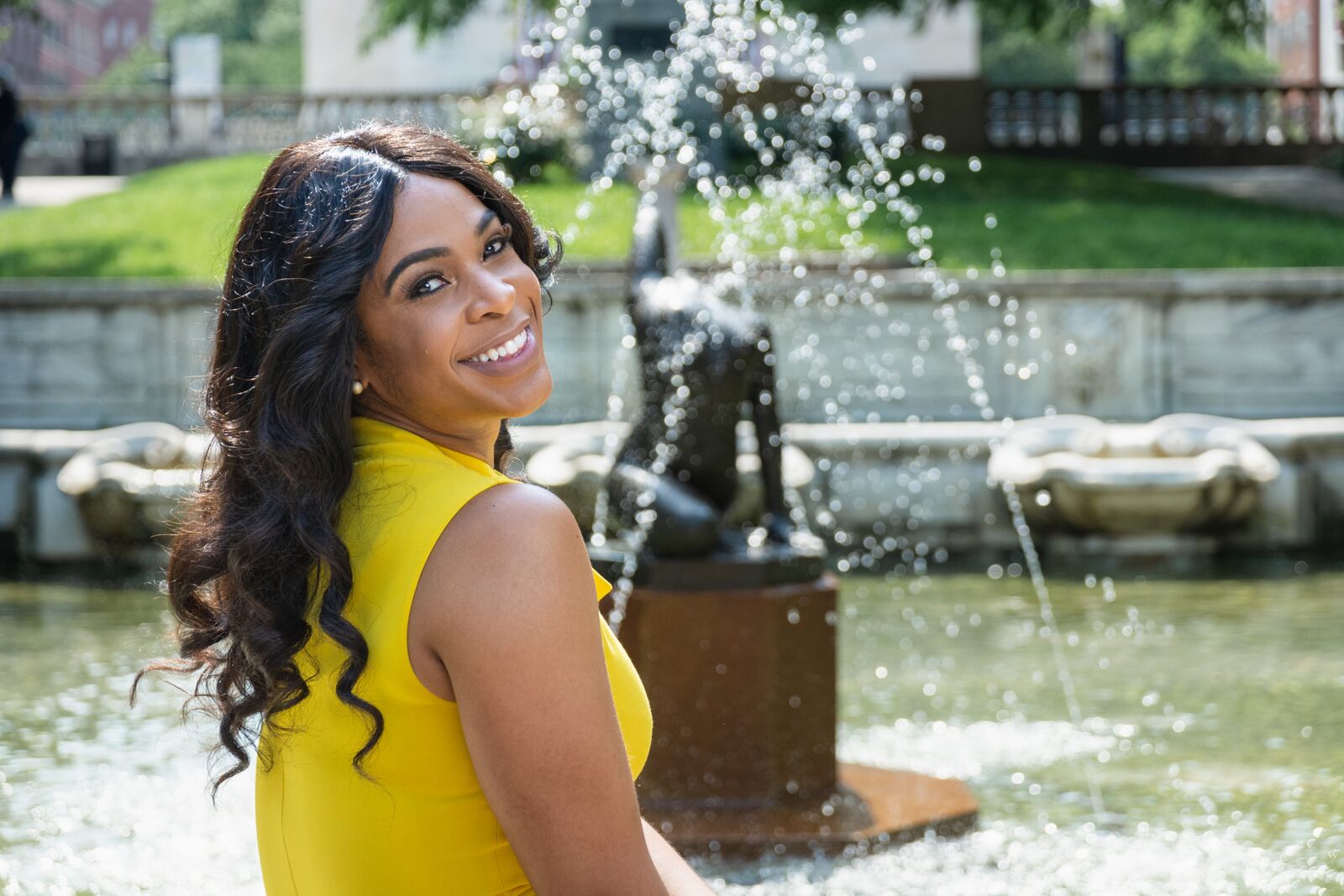 When Nakeia Drummond was in SECOND grade, she launched her first business: The Girls Walk & Talk Club—where girls could pay to walk around their East Baltimore neighborhood, discussing the theme of the week.

Nakiea can’t remember the topics. (“I mean, I was 8. What could we have been talking about?”) But she recalls drawing up flyers on looseleaf paper and asking her mom to photocopy them at work.

“The funny part was, on the first flyer, I put my title as The Boss,” says the Penn State University grad with a degree in marketing. (She later got her masters in elementary education from Johns Hopkins University.) “My mom was like, ‘Nakeia, nobody wants a boss! Call yourself the president or something.’”

The desire to make an impact runs in Nakeia’s blood. Her parents—who grew up across the street from each other in Cherry Hill—both chose professions they adored: firefighter and nurse. Before launching her consulting firm, Nakeia spent a few years teaching NUMBER grade, then worked in administrative roles for the Baltimore City Public School System.

“When I was teacher, sometimes I’d pull into the parking lot and think: ‘I’m part of a system that’s designed to fail.’ We’d have kids coming to school the morning after getting their doors kicked in—seeing somebody get dragged out in a drug raid or witnessing gang violence. There was just so much we couldn’t control outside of the classroom,” she says.

Nakeia’s social innovation—which she developed as part of the Goldman Sachs 10,000 Small Businesses program—is The WELL (Women Entrepreneurs Leadership Lab), a member-based network for Black women business owners who earn between $25k and $250k, but want to grow to a million dollar business.

She has been challenged by peers and mentors on serving such specific niche, but she holds firm that it’s both a viable business model—and necessary to help build economic equity in the African American community. “If you look at the data, Black women are the fastest growing population starting businesses, but they also bring in the lowest receipts,” she explains. “That duality was shocking to me—and it’s something I’d like to change.”

The WELL curriculum will be centered around the three C’s: community, collaboration, confidence—the last of which she considers a make-or-break quality.

“One thing I had to coach myself on is perfectionism complex. That feeling that you have to go over and over every proposal or email before you send it,” she says. “In part, that anxiety comes from knowing people are going to question women more: ‘Is her concept valid? Is her data correct?’ If you’re a Black woman or man, they’ll ask you a third, fourth, or fifth time.”

Another penomenon Nakeia has noticed is I’ll-just-do-it-myself-itis. “Sometimes our businesses don’t grow fast enough because we’re solopreneurs,” she says. “I try to help women see they really can afford to get help, whether it’s hiring someone to do their financials or getting an intern to help with social media.”

That’s a win-win, because these bosses become job creators, who can create opportunities specifically for other women. “I went to Western High School, so I’m always looking for ways I can support my Western girls,” she says.
While Nakeia aims to grow the WELL into a national network, she says Charm City will always be its home base—a hub for women who want to change their own community, then the world.
“People say it’s New York. But I truly believe, if you can make it in Baltimore, you can make it anywhere.”