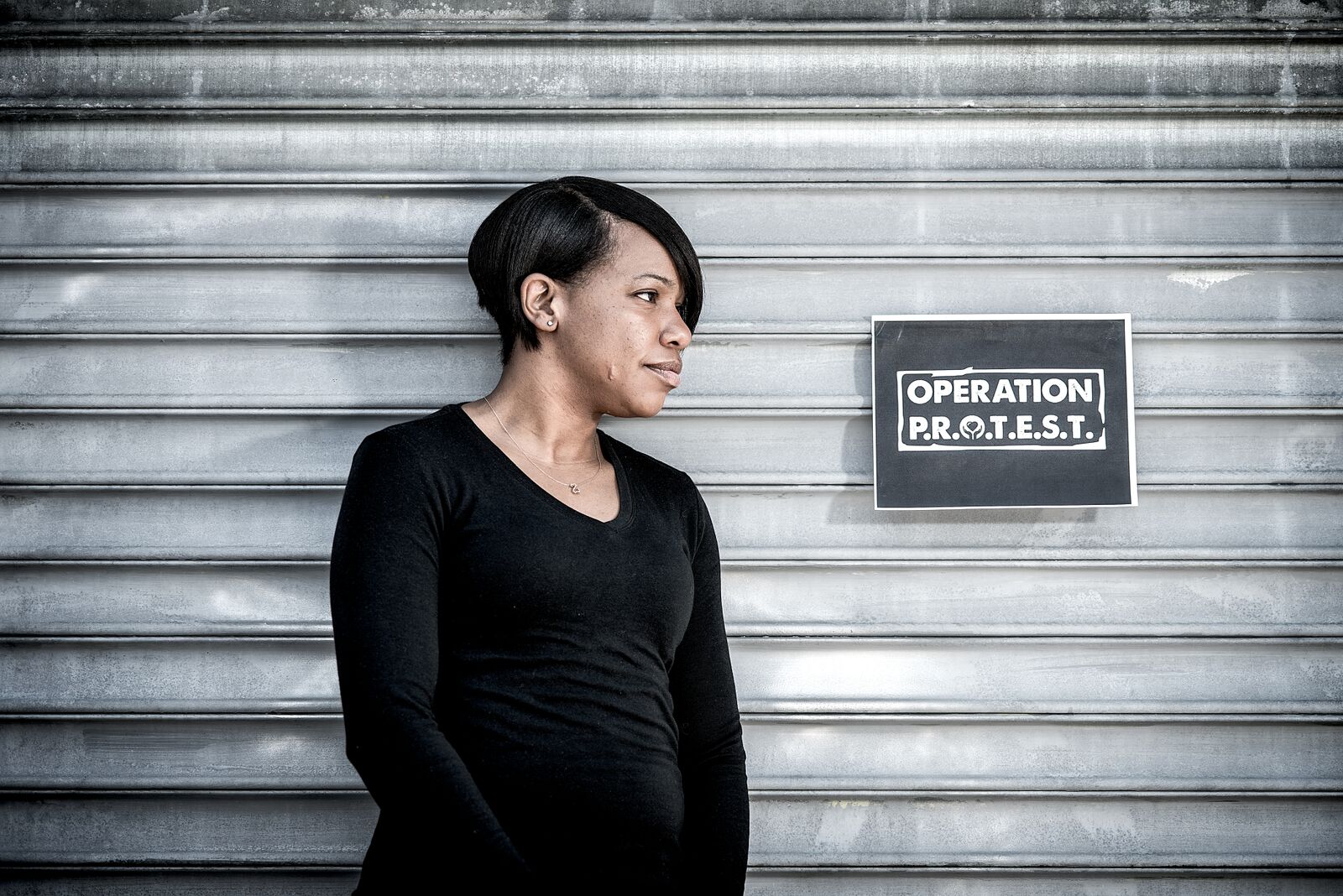 LaCheryl Jones is like a ray of sunshine on Monday mornings, when she publishes her weekly Instagram videos for Operation P.R.O.T.E.S.T. At first, that may seem like a disconnect: How can someone who is trying to fight injustice be so, well, cheerful?

But stick around for a few minutes—or, better yet, sign up for one of her free webinars—and you’ll soon discover that this authentic, firecracker-of-a-human-being is right on brand … and she might become a catalyst for big change in Baltimore.

Operation P.R.O.T.E.S.T. stands for “proactive response to everyday societal tribulations”—a mouthful, to be sure, but also an initiative to give to Baltimoreans the tools and training they need to move the needle on issues they care about.

“My goal is to help people move from the act of protest to the art of protest,” says the self-proclaimed “operations baby,” who started her career at TGI Fridays, then worked in operations management for the State of Maryland. Essentially, LaCheryl teaches fellow citizens how to be more strategic and intentional in the areas of political and social organization, so they can achieve long-term sustainable change.

Her practical curriculum starts with the basics: how the government works, how to register to vote, how to write a letter to your elected officials. Then it transitions into how (and why) you might escalate to organized resistance, including case studies of past movements and what made them successful.

“I encourage being peacefully disruptive. Not because it’s what’s right—I stay away from words like that—but because it’s effective. Many peaceful movements have resulted in progressive change, while protecting the integrity of their message,” she says. She also trains participants how to respond if they are protesting peacefully, but others decide to express themselves through violent or destructive actions.

After the 2015 civil unrest in Baltimore, La Cheryl went to a community meeting to find out how she could get more involved. That day, residents were concerned about plans to open a methadone clinic next to a childhood development center.

As she recalls it, one man stood up and said, “You know what we need to do? We need to chop up some onions, put them under our babies’ eyes, and put them out on the corner. Then, we’ll call the news to say we don’t want methadone!” (Note: most people in the room clapped for that.)

But then “a little old lady marched up to the podium” and said: “No, your challenge is in Annapolis. These things are federally protected. You have to go to the legislature, then talk to your zoning officials in the city,” recalls LaCheryl, who who immediately went home and started teaching herself everything she could possibly learn about being an engaged citizen.

“I realized people had the voice and the drive, but needed assistance in fine tuning their strategy,” she says. “Whatever their cause or conviction, I felt I could help them become their own heroes.”

La Cheryl believes Operation P.R.O.T.E.S.T. is a “manifestation of [her] parents burning brightly” inside of her. (She didn’t discover they were civil rights activists, until after they both had passed away.) But she got grandmother’s “compassion muscle”—something she has to flex regularly, while trying to build a nonpartisan movement during such a divided time in America.

“My primary motivation is to create a better world for my husband and my 7-year-old son,” she says. “Acting out of hate is never justifiable—and it has never worked in this country. At some point, we’re all going to have to learn to live together and love each other.”