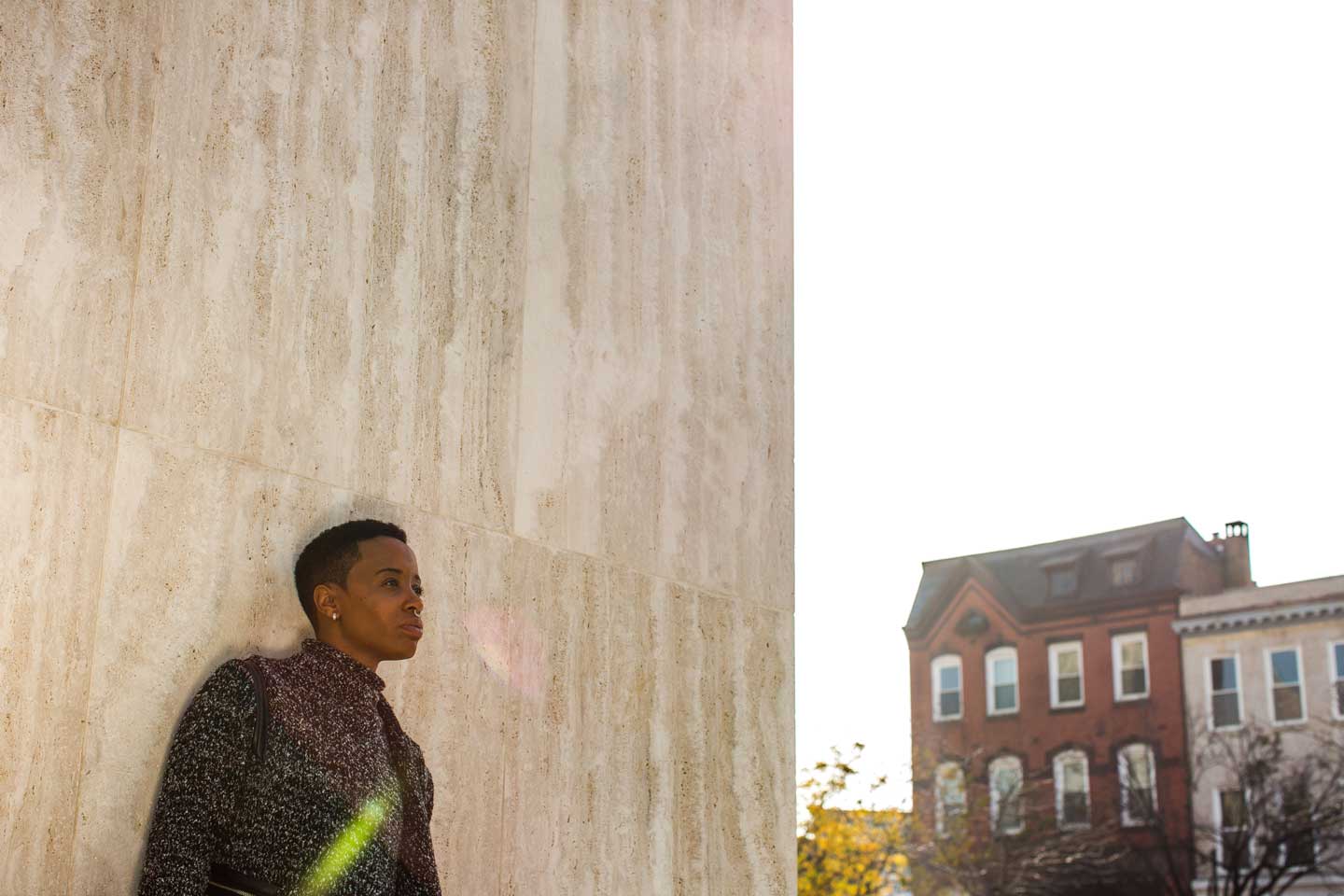 Be Healthy, Be Brave

A young poet with a penchant for making order out of chaos brings her passion to West Baltimore.

Michelle Nelson has a motto: “Change the narrative, change the world.” It’s certainly one she’s followed in her 35 years, changing her narrative and her world several times before she finally found her calling. Growing up in the comfort of suburban Columbia, she found a new world when she attended Coppin State University in West Baltimore.

“I was a little out of my element,” she says. “Even though I had been president of the student government in high school, a track athlete, and always thought of myself as a leader, I wasn’t used to seeing so many brown faces in one place. Or so much poverty.”

But Nelson rose to the challenge and thrived. Up to that point, she had seriously considered joining either the police or the Army. She was so serious that she went through ROTC basic training for six weeks at Fort Knox during the summer before her junior year. She was all set to sign her enrollment papers on the morning of September 11, 2001, when she woke up and realized the world had changed.

“There’s a Bush in office,” she said to herself. “We’re going to war.” She didn’t go through with her enlistment.

But why would someone who also considers herself an artist be attracted to the military in the first place?

I like structure,” says Nelson. “I like order. I respect institutions that are steadfast and secure. But I also like to find ways around things. I call myself the ‘Loophole Queen’. You give me absolutes and I’ll find some wiggle room.

Nelson has wiggled her way into a career as a poet and social innovator. Her Open Mic Night at the Eubie Blake Center is ten years old. Her experience helping coordinate Light City Baltimore, working with the Greater Baltimore Cultural Alliance, and counseling troubled girls at a group shelter in Sykesville have all informed her decision to created Brown and Healthy K.I.D.S. (Kindness, Intelligence, Determination, Strength), a partnership with Baltimore City schools that promotes mental and physical health. Nelson will guide students once a week in sessions that not only teach strategies for staying physically active and emotionally healthy, but that also include a digital component. Kids will learn, for example, how to make videos that tell their stories, how to create memes that reflect their lives, how to write a meaningful tweet.

“These are things that kids are already doing; they’re comfortable in the digital world. But I want them to learn how to build a narrative. To be brave in identifying themselves. We’re trying to figure out how to navigate this world where racism still exists. ‘Brown and Healthy’ is a declarative statement. It says, ‘I am here’.”