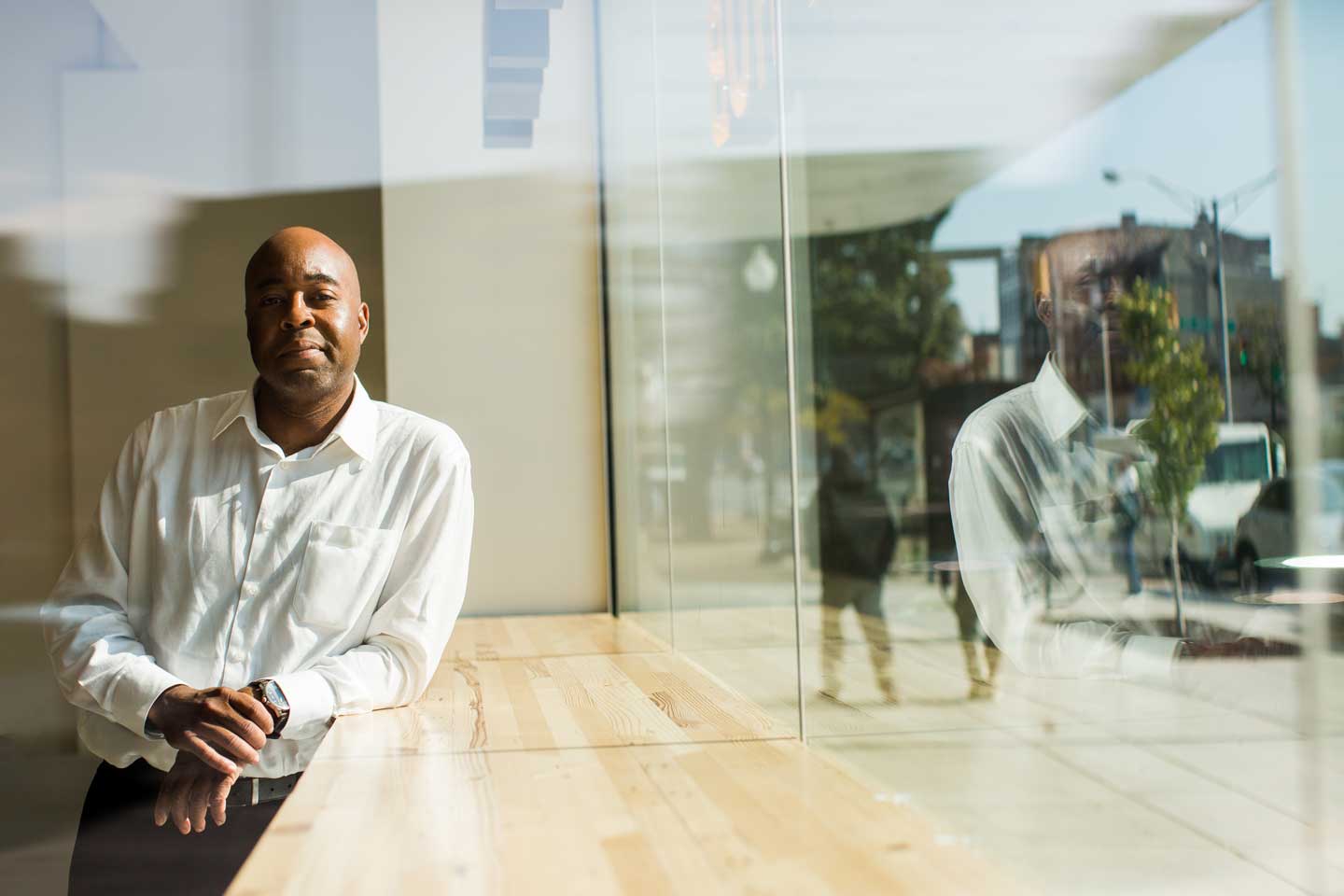 Fun Fact: Is a fan of Cognitive Behavioral Therapy through golf (!)

Geeked Out on Research

Jonathan Moore has always been a man with a plan. And if that plan has changed over the years, it’s because Moore believes in doing his homework, learning new skills, and adapting. If one thing didn’t work out, he always figured out how to move on to something else. That kind of resilience has propelled him from his youthful goals of becoming “a marketing analyst for Disney or Coke” to “joining the Navy to become a line officer and eventually an admiral.”

Hey, why dream if you’re not going to dream big?

Moore has since tempered his naval aspirations, though not his grand ambitions. His current project is training men and women recently released from prison to be proficient in a dizzying array of computer programming languages: HTML, CSS, Java, Ruby, SQL, jQuery, and Drupal, with the goal of preparing them to step into an entry-level job at a salary of $45,000 a year.

Who’s profiting off of mass incarceration? The fact that prison labor is a corporate commodity really pissed me off. I wanted to do something deliberate, to disrupt it.

But Moore recognizes that just learning the nuts and bolts of information technology isn’t enough. He’s also partnering with social service professionals to work with these new students on financial literacy, resume-writing, job interviews – a whole panoply of professional development skills. The students will attend class from 9 to 5 every day, five days a week, for 34 weeks – essentially a school year. They’ll also be paid a stipend of $600 a month. The classes will be held at Morgan State University, “on plenty of bus lines,” says Moore, thus easing potential transportation problems.

Moore, self-taught in computer coding during a career as an ad agency video producer and copywriter, produced a series of podcasts a few years ago on poverty and food insecurity. He began asking himself: “Who’s profiting off of mass incarceration? The fact that prison labor is a corporate commodity really pissed me off. I wanted to do something deliberate, to disrupt it.”

By 2022, Moore says, there will be over two million tech jobs in the country. And you don’t necessarily need a college education to get them.

What you do need, he says, is mastery – “Mastery of a portfolio, mastery of tangible things.”

Moore is a self-professed research geek and says he’s already found “some real geeks” among the pool of applicants for his program – “diamonds” he calls them. And the most important thing they have in common?

“They have all made a promise to their support system, to the people in their lives, that life is going to be better.”

“We’re training you to compete,” Moore says of his students, “to disrupt generational poverty. I want us to be a catalyst for you to rediscover your inner greatness.”