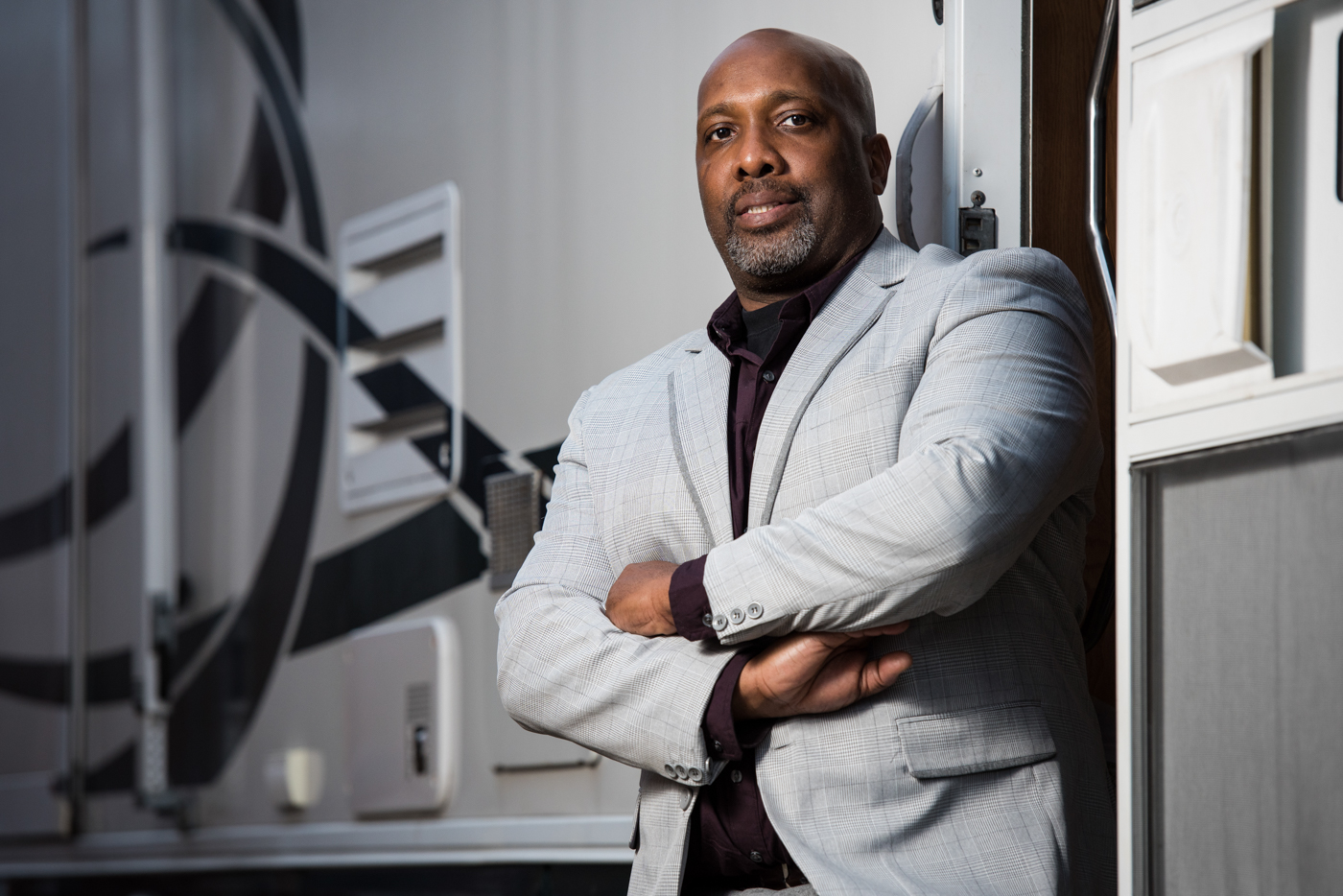 A formerly homeless Marine aims to help fellow veterans get on the road to recovery in a souped-up RV.

A self-proclaimed “street kid” from Spanish Harlem, Lamonte Hampton was selling drugs on Wall Street by the age of 12. He was darn good at it, too. So good that it started to scare him–and he asked his mom to sign him up for the Marine Corps after his 17th birthday.

“I wanted a ticket out of that lifestyle,” says Hampton, whose first tour of duty took him to Beirut where he immediately participated in a bombing on a mission to recover the dead bodies of fellow soldiers. “Back then, I didn’t have much regard for anyone’s life, including my own. I was numb.”

For the next four years, Hampton served in the Philippines, Guam and Japan. Then, one morning in 1987, he was honorably discharged–with zero warning.

“They basically called me to the office and said, ‘Thank you for your service. The next bus to the gate leaves at 4 p.m,’” he recalls. “I had no no clue how to write a resume or create a budget, no concept of how to access the resources available to me as a veteran. I felt totally lost.”

Hampton spent the next few years “overstaying [his] welcome” on friends’ couches, sleeping in his car and occasionally working as an armed guard. He sold plasma for cash and scored food by reading obituaries in the newspaper.

I’d go to funerals and pretend to be part of the family so I could eat.

“I’d go to the funerals and pretend to be part of the family so I could eat at the repast,” he says. “People just naturally trust me and open up to me.”

Today he’s using that skill as the founder of Soldiers at Ease, which will deliver life-changing services to homeless veterans in an RV decked out with wifi, docking stations, a fully stocked kitchen and bathroom, and a lounge where families can come visit their loved ones in a safe, comfortable setting instead of meeting on the street.

“My first priority is getting vets their VA cards. After that, if you need a haircut or want to check your email or freshen up for an interview, go for it,” says the certified pastoral counselor, who also plans to offer one-on-one therapy in addition HIV testing, blood pressure check-ups and other health screenings.

“We’ll be a one-stop-shop that connects veterans to the resources they’ve earned and jump-starts the healing process for mind, body and spirit,” he says.