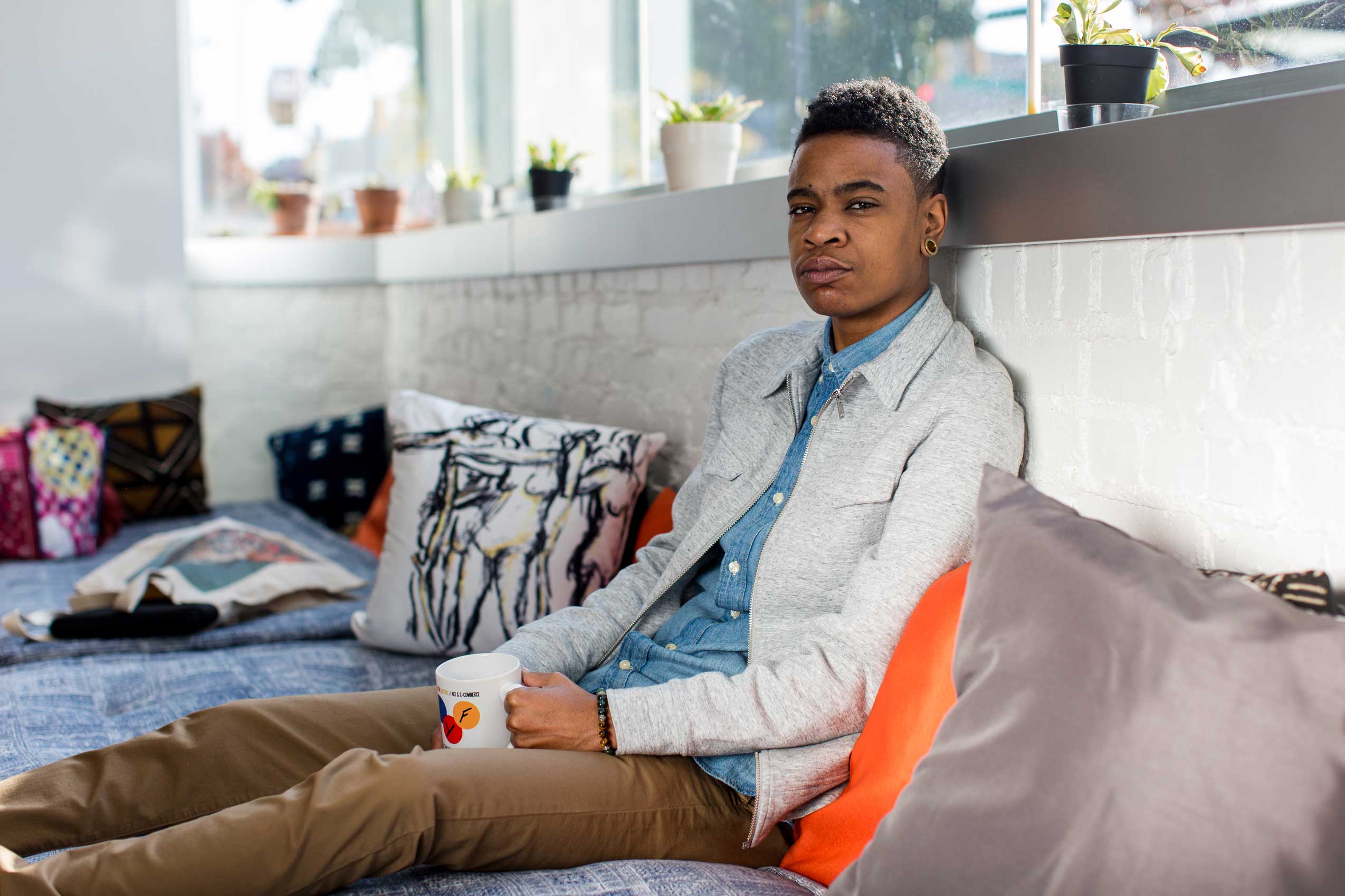 Innovation: Selling the artwork of young people and given them the profits

Fun Fact: Spent a week in Austria as a Fellow of the 2016 Salzburg Global Forum for Young Cultural Innovators

Working From the Inside Out

A self-described introvert extends herself to Baltimore youth and empowers them to earn money from their artwork.

Cadeatra Harvey wasn’t exactly encouraged to be the business-savvy self-starter she is today. Growing up, she says, she was surrounded by a “poverty mindset.” Though she knew her parents and friends cared about her, she also knew they couldn’t see what she could: Dreams. Ambitions. Goals.

“People around me say something can’t be done, that I’m too big a dreamer. But I’ve always believed it can be done. You just have to figure out how.”

Harvey is proud of having graduated from Poly – Baltimore Polytechnic Institute – the prestigious high school in North Baltimore that emphasizes science, technology, engineering, and math. Harvey excelled there and went on to study at another center of STEM learning, Community College of Baltimore County at Catonsville. She got her Associate’s degree in CADD – computer-aided design and drafting – and at the age of 19 began working at an engineering firm in town. Her bosses thought she was so good they transferred her to their headquarters in Philadelphia, where she also attended Temple University. But within two years, her auspicious trajectory came to a halt.

It was the first time I experienced structural racism,” she says. “Even though I grew up black in Baltimore, I had had no problems there. But at this firm in Philly, it was all old white men. And they made it clear they didn’t like me.

Harvey got laid off, couldn’t afford to continue at Temple, and moved back to Baltimore. It was, she says, an ignominious end.

“I used to be super-arrogant. So for me to have to return so unceremoniously . . . .” Her voice trails off.  “I decided I never wanted to feel like that again, to not be in control.”

Determined as ever, she soon started her first line of street apparel, inspired by her own multi-media artwork and by the philosophy of hip-hop artist Nas, whom Harvey quotes as saying, “We were scholars before there were colleges,” referring to the history of black people before slavery. Harvey realized that if she could create clothing and accessories from her art, so could kids in Baltimore, kids who may otherwise never have been encouraged in their endeavors. So she founded Baltimore’s Gifted. It’s an art and e-commerce site designed for black youth to sell their own original work, whether paintings, sketches, photography, or digital art. The work is made into T-shirts, purses, totebags, pillows, coffee mugs, and the like, and the artists get 80% of the sales. Harvey relies on herself and other artists in the city to scout out young talent and introduce them to Baltimore’s Gifted.

“I’m not pushing a certain theme,” she emphasizes. “I’m just looking for art that impresses me, for self-expression. I don’t want black kids to feel that that have to feed into the struggle narrative. We are more than struggle. They can make their own narrative.”