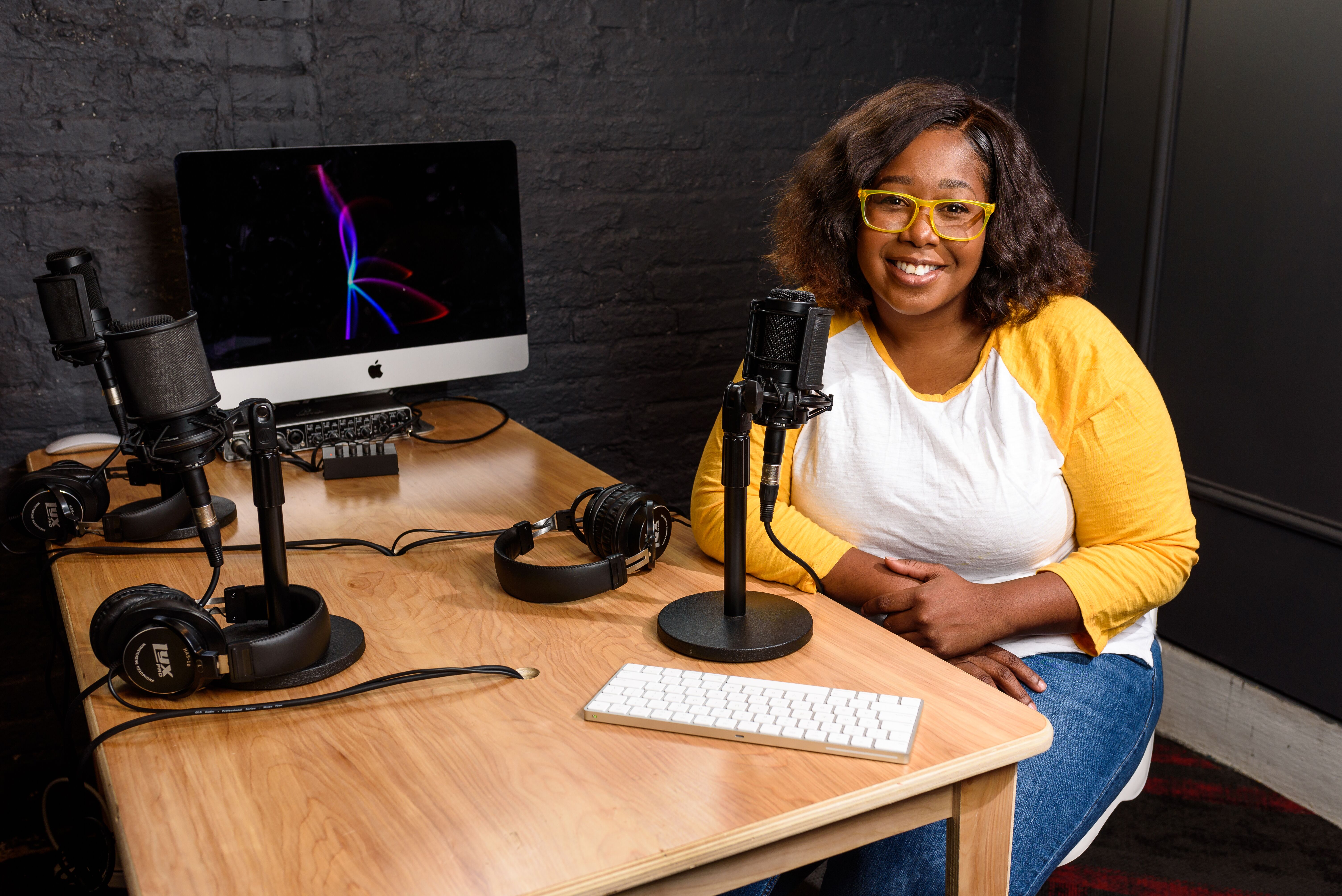 Jacquelyn Thomas was a classic overachiever in college—serving as a student leader and resident advisor, pledging two sororities, completing three years of ROTC, and much more.

“I pretty much did it all,” says the Morgan State University grad, who went on to get her masters degree in Higher Education Leadership and Policy Studies at Virginia Tech, and work in student affairs at Radford University. “But my most formative experience was participating in Baltimore Collegetown’s first LeaderShape cohort, where they encouraged us to have big visions and execute on them.”

After graduation, she served as an AmeriCorps Intensive Advocacy Fellow, working with justice-involved youth through the Choice program at UMBC, which led to many “eye-opening” experiences—including the day she tried to convince one of her young mentees to join her at an event at Coppin State University.

“He lived right across the street, but it was clear he felt very uncomfortable—as if Coppin was not a space where he belonged,” says Jacquelyn, who now works as a program manager for Dent Education. “It was one of many occasions where I’ve witnessed the disconnect between colleges and universities and the communities they serve.”

That’s what inspired her to launch Comm+University, an organization dedicated to improving relations between those two populations—as well as local nonprofits and others in the service community—through inclusive engagement practices that lead to real, sustainable change in urban college towns.

“Service is one of the most enriching, real-life experiences anybody can have, but there is often a big gap between people’s intentions and their impact,” explains Jacquelyn, noting that many university stakeholders focus exclusively on the total number of service hours completed—not on who is being served or what issues are being addressed.

In addition, Jacquelyn believes there’s a “cultural cluelessness” that pervades many higher education institutions, where privileged individuals end up volunteering in unfamiliar communities without fully understanding those communities’ needs or how to engage their residents.

“Those same college students—who are disproportionately white, affluent, heterosexual, and cisgendered—end up populating the service community and corporate social responsibility sector, so there’s a continuing [cycle of alienation], where people aren’t given a voice in what happens in their own backyard,” she says.

To help level that playing field, Jacquelyn is developing a Comm+University app, where users can track all their service engagements on a digital map of the city, which will be overlaid with disparity data to help determine if those efforts are actually improving people’s lives.

“The goal is to create a central repository, where individuals and organizations can dump all their data—then, get a report back to show their impact,” explains Jacquelyn. “For example, if you’re doing work around recidivism in Sandtown-Winchester, over time, you should be able to correlate those activities with lower recidivism rates in that neighborhood.”

The app will also allow users to connect over issues they care about. So a BCCC student who is interested in reducing gun violence might hook up with members of the Ceasefire movement. Or a mom with a green thumb in Upton could partner with Towson students who want to start a community garden on her block.

“There will definitely be a gamification element, so people can have fun and feel proud sharing all the great things they’re doing for the community,” says Jacquelyn, who also hosts a regular Comm+University podcast. “But this isn’t a so-called ‘feel good’ app, it’s a social justice-driven, get-real-stuff-done app.”