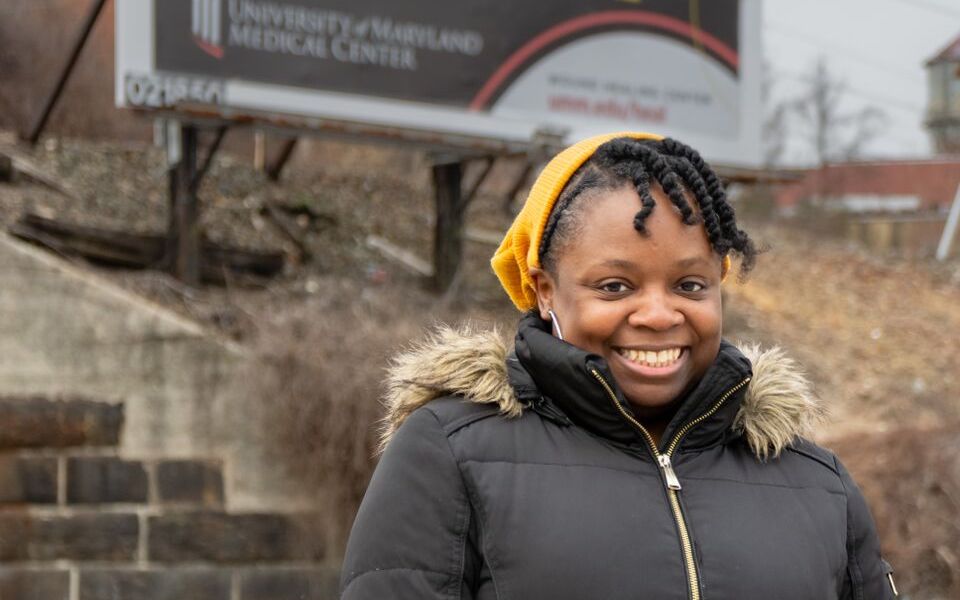 Dena and Tyrone Barnwell are using billboards to “build up” Baltimoreans from the inside out.

When Dena Barnwell was a little girl in Druid Hill, her older cousin Tyrone used to come home from school and teach her everything he learned that day — spelling, math, you name it. He even gave her pop quizzes.

“If I ever got the answers wrong, I’d immediately start crying,” she says with a laugh. “My mom would be like, ‘Dena, it’s not real school! You don’t have to get so upset!’”

Dena isn’t sure why Tyrone took such an interest in her—especially since they grew up in a big family with dozens of smart, creative cousins. “I guess he just saw my potential,” she says.

That’s a fitting theme for Billboards to B-more, the new project Dena and Tyrone are spearheading, with help from other family members. They plan to rent billboards in Baltimore’s most economically challenged neighborhoods—then launch their own advertising campaign, featuring local citizens whose actions and accomplishments represent the good in our city.

“We thought, how cool would it be for real people to look up and see themselves, or somebody they know, being celebrated for getting straight As, keeping the streets clean, or helping an elderly neighbor?” says Tyrone, a youth advocate and parent organizer at the Teacher’s Democracy Project. “We basically want to tell people, ‘We think you’re amazing, even if you can’t see it yet.’”

While the billboards may sound like a nicety, the Barnwells believe they could have a subversive effect that eventually leads to statistically significant change.

“Environments matter. For example, there are studies that show there’s less crime in areas with more green space,” says Dena, who now works full-time at as an executive assistant at Towson University, while pursuing her bachelor’s degree in Health Education and Promotion. “It’s not hard to understand why someone who lives in a neighborhood with dilapidated buildings and trash everywhere would feel like nobody cares about them and their life has less value.”

That’s why the cousins want to flood the city with images of locas who are succeeding and doing positive things. Over time, they believe this campaign could help to raise people’s self esteem and improve their self-efficacy—inspiring them to see they are capable and worthy of having a better situation.

“We understand it’s not all unicorns and rainbows in Baltimore—and that changing a whole environment is a very tall order,” says Dena. “But we also see the greatness inside many people who live here. They just haven’t tapped into it yet.”“So if we touch the spirit or heart of an individual, they can pass that on to someone else,” Tyrone adds.

“Our hope is to see a butterfly effect, where people start to feel better, do better, and come together to make their neighborhoods better.”