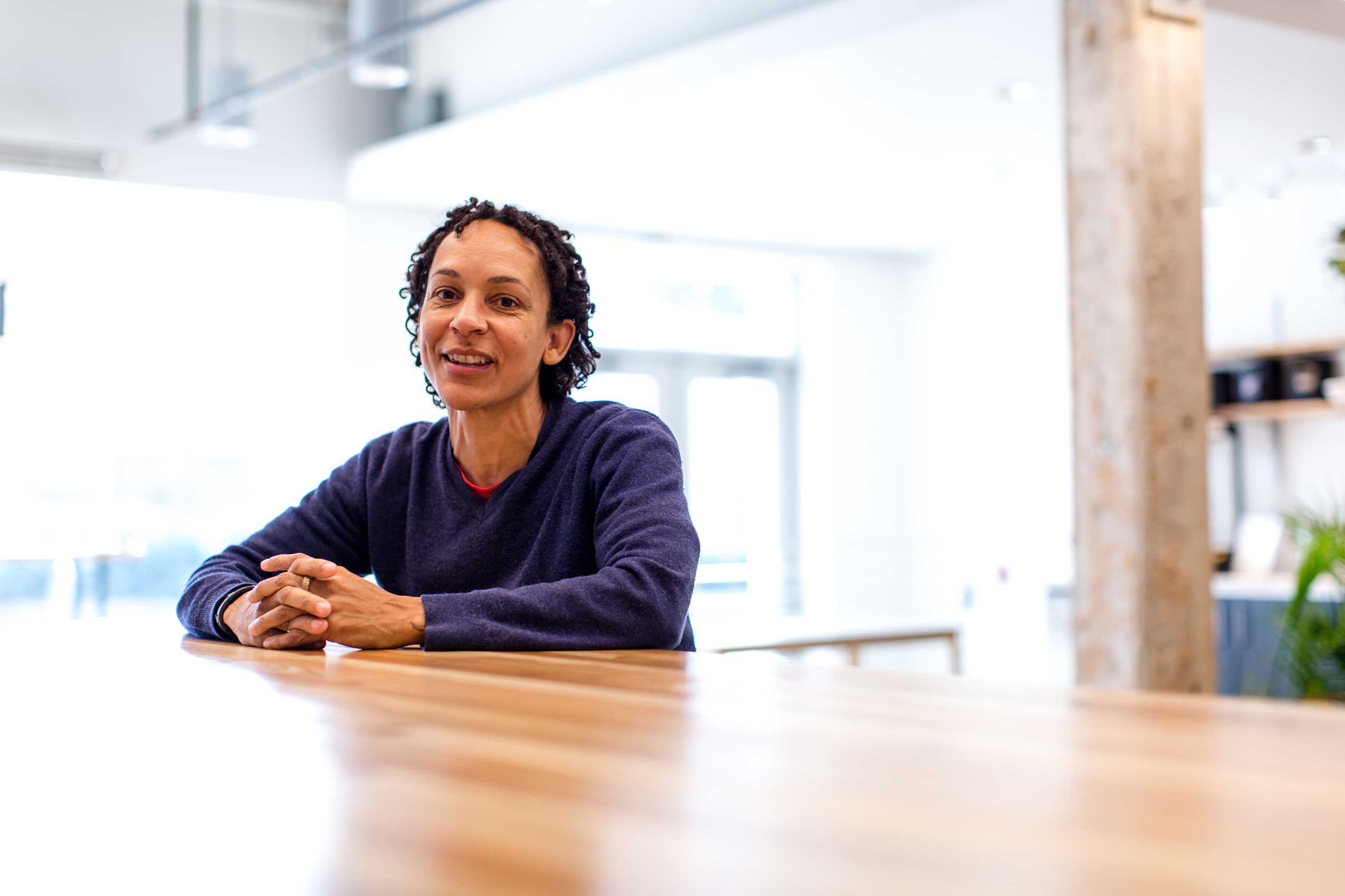 Innovation: Teaching black women the nuts and bolts of home building and ownership

Fun Fact: Likes to hang out at a plumbing store on Pennsylvania Avenue and shoot the breeze with the guys there.

A Renaissance woman wants to put power – literally – into the hands of black women.

Even in a field of high achievers, Shelley Halstead stands out. After all, how many people do you know who’ve fought forest fires, traveled to New Zealand, Brazil, and Antarctica, lived in a commune in Belgium and an ashram in India, mastered carpentry, plumbing, and electrical work, and then gone to law school?

“Yeah, I know I’m atypical,” says Halstead, with admirable understatement. “But when I say I’m going to do something, I do it. It holds me accountable.”

Halstead grew up in Iowa, finished her undergrad at University of Oregon in 2009 at the age of 40. She then worked to get her law degree at the University of Washington. Every step of the way, her attitude was,

I want to learn how to do X. So what steps do I take to get there?

She wanted to start her own commune, but she didn’t know how to build anything. So she joined Local 131 of the Carpenters Union in Seattle. There, she endured thirteen years of sexual and racial harassment, but she also learned everything she needed to know about building houses from scratch.

Yet she still had an itch.

“What do I want to do?” she asked herself. “What is my passion? How do I effect change?”

Get a Master’s in Public Administration? No, too boring. Become a politician? No, never. So she decided to go to law school.

Since then, Halstead has worked at the National Center for Lesbian Rights, the Pacific Northwest Abortion Fund, was on the board of the CAIR Project in Seattle, and now is at the Baltimore Abortion Fund and volunteers two days a week with the Maryland Volunteer Lawyers Service. This is all while continuing to make a living as a professional carpenter.

Halstead wants other women to feel the personal power and sense of mastery she does. That’s why she founded Black Women Build. She will take on two to three women at a time and train them in all the skills needed to maintain a house, while partnering with other professionals to coach them in nutrition, parenting, budgeting, and other life skills. Just as she bought her own house in Baltimore, she will buy a house for these women to work on in what she anticipates will be a year-long project.

“These skills can be taught,” says Halstead, “and you can have a sense of ownership. What does it take for us as black women to thrive? How can we create inter-generational wealth, something for you to pass on to your family? That’s what I’m training them to do.”