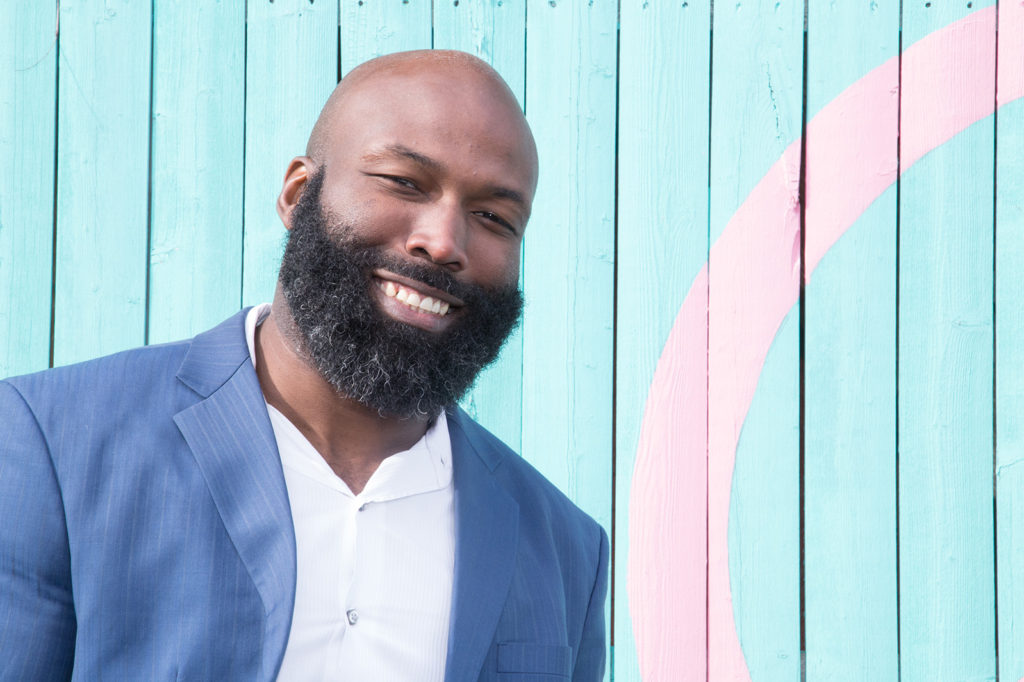 On the Big Screen

Growing up in Jamaica, Venroy July was exposed to the images of successful black professionals regularly. “I saw black attorneys and I’ve seen plays and films about Thurgood Marshall. I’ve always read about Marcus Garvey and other black figures.” But when he moved to the United States at the age of twelve, he realized that positive images were harder to find. It was even harder to find brighter side of the city of Baltimore that wasn’t similar to the narrative depicted in the HBO series The Wire. “There’s no way I’m moving to Baltimore,” the attorney once told himself. But after six years of residency in Charm City, he has no plans on leaving.

However, he does have plans to help fight the negative stereotypes associated with the place he now calls home. July has decided to counter some of the imagery of blacks in Baltimore by creating a film series that highlights positive images of Baltimore and beyond. He hopes to have an outdoor screening of films near his home in the Hollins Market area of Baltimore to bring people together and remind them why they should be proud of their hometown. “ There are not that many films that portray us in a positive light. Films that show examples of what we can be and the impact that we’ve had on the country; kids need to see that.”

“The departure of black professionals from the city will impact the kids remaining. Young blacks who make it go to the county and there’s an absence of our presence in these communities.”

After noticing the exodus of black professionals rapidly leaving the City, July decided to create an event that would bring together people of different backgrounds. “The departure of black professionals from the city will impact the kids remaining. Young blacks who make it go to the county and there’s an absence of our presence in these communities.”

July hopes to launch his film series in the summer of 2018.