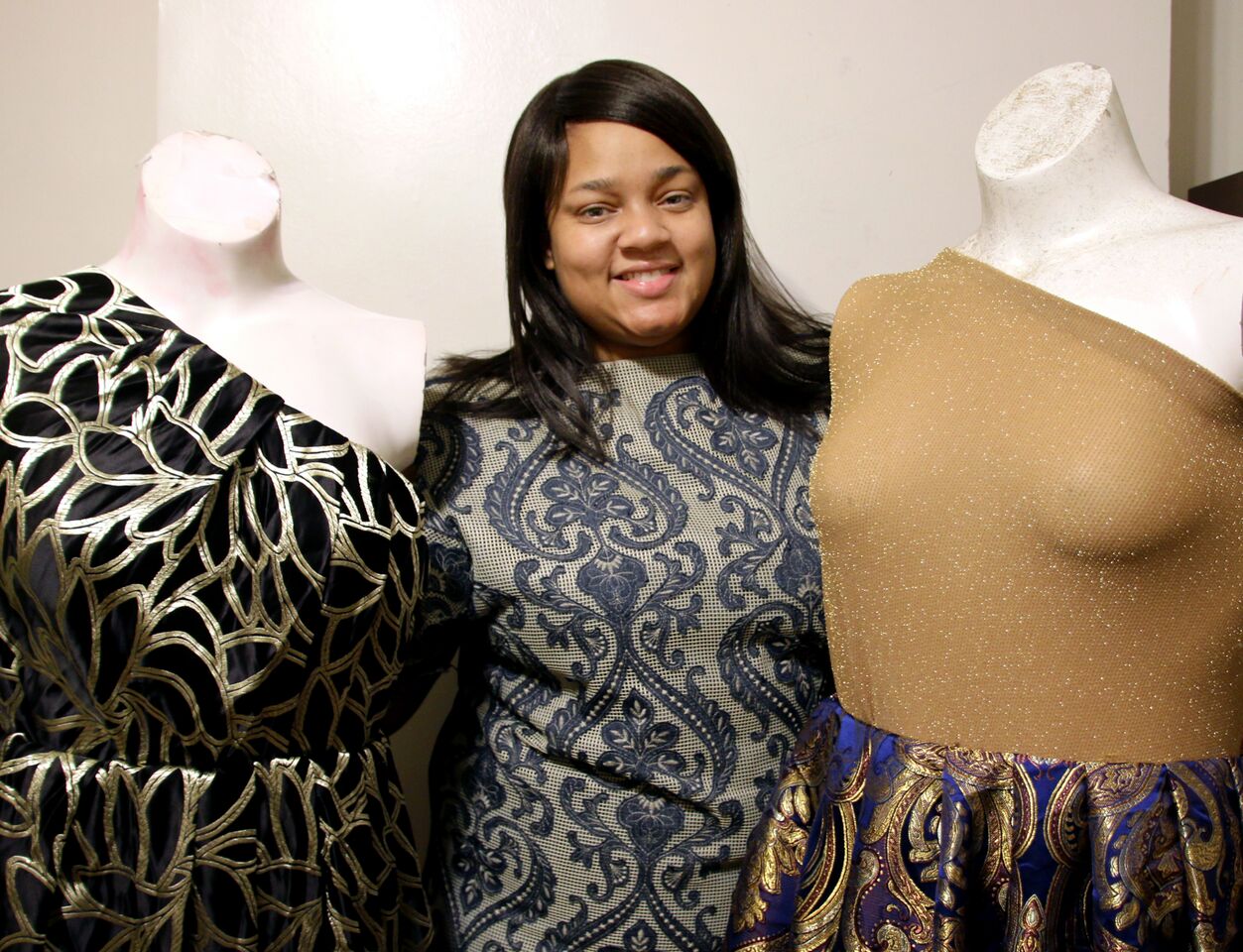 Omowunmi Oni-Dandridge is feeding kids’ souls with sewing (and snacks) after school.

Omowunmi Oni-Dandridge has always had a passion for fashion. From a very young age, she loved thrift shopping with her mom—putting together outfits with garments that had a history, a story.

By high school, she started designing her own clothes. (Back then, she had a thing for making apparel using popular logos, like M&Ms and Coca-Cola.) And in 2015, she took a huge leap of faith: quitting her job as an computer programmer to start her own clothing design business called O.N.D. Vintage. (The O.N.D stands for “Old. New. Designed.)

“I enjoyed working in I.T., but it can be very stressful,” she says. “Sewing is very therapeutic for me, so I decided to try to make a business out of doing what I love.”

Despite being a rising entrepreneur and busy mom of three, Omowunmi also felt like she wanted to give back to the community, thanks to a positive experience she had growing up in Baltimore.

“When I was 8, I become a Girl Scout. We had this amazing leader named Mrs. Dolly Jefferson, who taught us many things, including how to hand-sew. I loved her so much, I ended up sticking with her until I was 23 years old, helping to teach the troops that came after mine.”

When Mrs. Jefferson passed away in her 70s, Omowunmi was inspired to create her own program to pass on the skills she had taught her.

The Sewing Education Workshop (S.E.W.) Youth Project​ is an 8-week workshop designed to teach children ages 9 to 14 how to hand-sew—with some students advancing quickly enough to try a project or two on a sewing machine. So far, both the fall and spring beta sessions at Park Heights Community Center have been a smashing success, with students consistently showing up to listen, learn, and create.

“I tell the kids, as long as they are truly committed, I will try to help them make whatever they want,” says ​Omowunmi, who shows up each week with her tool box, fabric remnants, and sample patterns.​ “One young lady recently make a tutu for her Halloween costume, and the boys really enjoy making bow ties.”

Omowunmi also started bringing snacks after her first two sessions, when she realized how dangerous the neighborhood had become. On both occasions, adults were were injured or killed within feet of the recreation center. So now she makes sure the kids don’t have to leave in the middle of their lessons to grab food at the corner store.

So yes, S.E.W. is helping to keep kids safe. But it’s also making them smarter and happier.

“Sewing actually reinforces things the students are learning in school, like reading, math, and geometry—subjects where they’re not always performing well,” she says. “You can see when the light bulb goes off and they make that connection. But mostly, I think they just enjoy the pride of making something from nothing.”