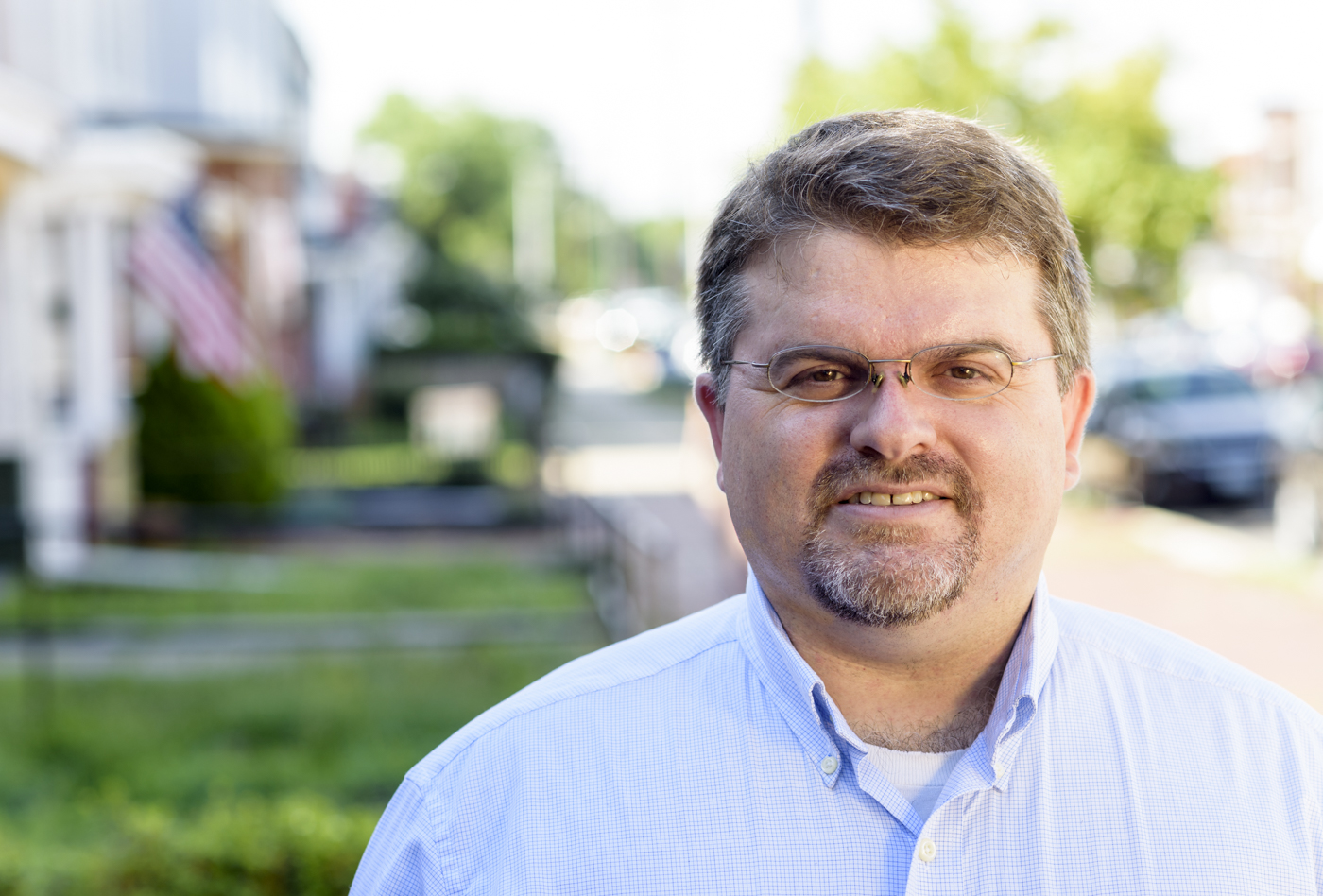 Baltimore’s dozens of neighborhood and community organizations hold hundreds of meetings every year, discussing issues of vital importance to local residents. The decisions made at these gatherings can affect everyone, but only a tiny number of people — those who actually show up — know what goes on there.

What if people could “attend” their neighborhood meetings without actually being there? Gus Sentementes has the ambition, and the tools, to make that happen. Live streaming technology is already widely used to deliver cultural, academic and sports content to viewers around the world in real time. Why not use it to expand access to meetings and other events that are important to people at the neighborhood level?

Civic engagement will be higher if more community association and public meetings were available online for free.

“Civic engagement will be higher if more community association and public meetings were available online for free,” says Sentementes, an Original Northwood resident who was a newspaper journalist for many years and now works in university communications.

As a father of three young children, Sentementes knows that people with family responsibilities and other obligations might not be able to attend an evening meeting to discuss local crime or traffic problems. But those residents may still care deeply about the issues and want to be able to participate. Sentementes felt he was on to something when he brought his live streaming gear — an iPod, an iPhone and the relevant software — to a meeting to discuss the redevelopment of Northwood Plaza shopping center. In addition to the 50 or so people in the room, nearly as many viewed his live stream online. Then, a few months ago, he set up a live stream of a City Council hearing on the Freddie Gray investigation, and it received 800 views.

Sentementes, 40, has been experimenting with live streaming, both professionally and personally, for about 10 years. One thing he has discovered is that people will spend significant time watching a video if the content is compelling — 20 or 30 minutes, sometimes even more, compared with a minute or two for an online news story. “That’s an incredible level of engagement,” he says.

Sentementes plans to expand the project, currently focused on Northeast Baltimore, by reaching out to community associations around the city to get permission to live stream their meetings. He is working on a blog and a web site; down the road, he envisions a team of videographers who would fan out across Baltimore, live streaming meetings and other events. He doesn’t have a business model yet for the project, just a sense that this is the best way he can match his skill set with something the city needs.

“No one’s really doing this,” Sentementes says. “I know how to do it. Maybe it can make some difference.”