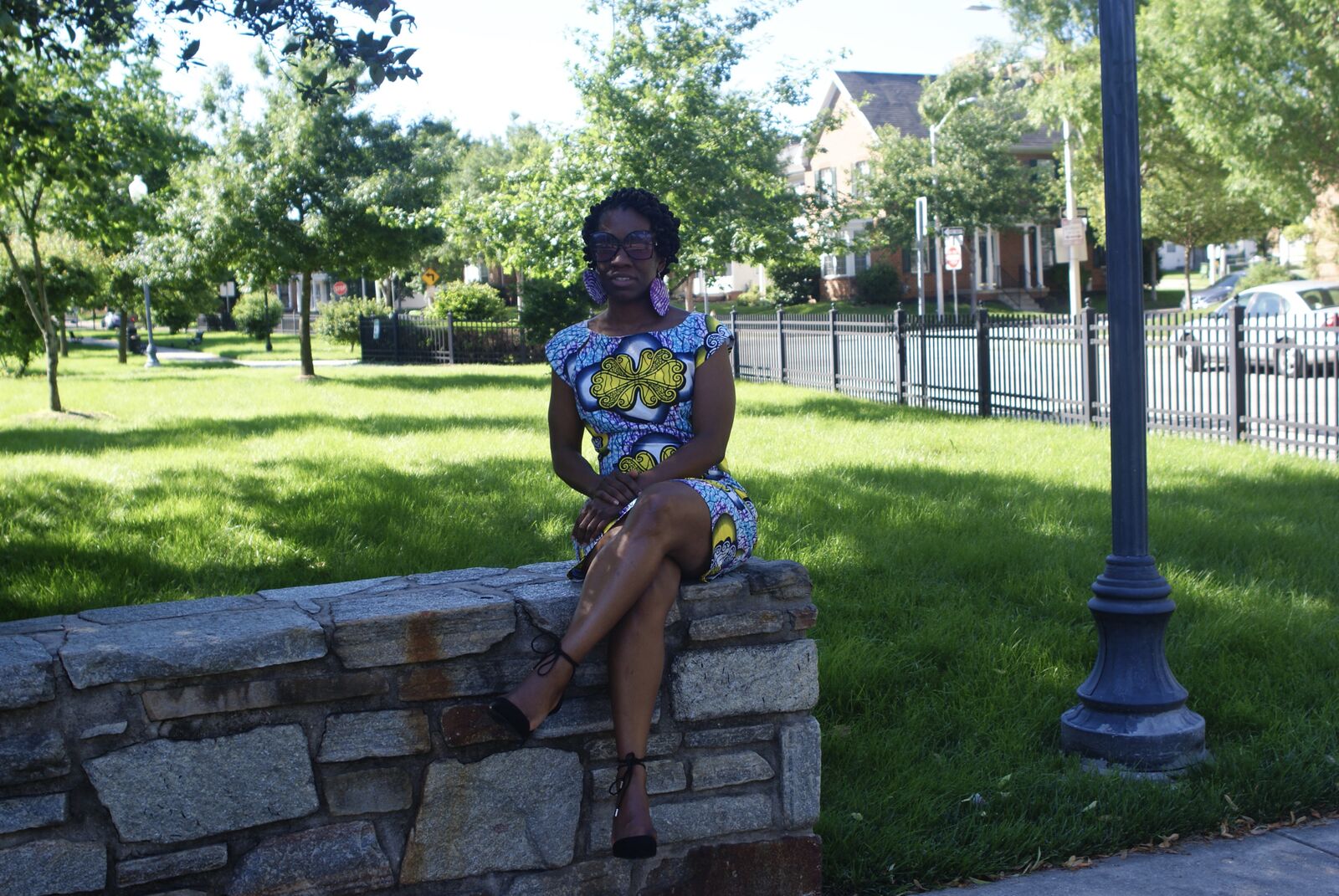 Nneka N’namdi is empowering Baltimore residents to fight blight straight from their smartphones.

Have you ever driven down the streets of Baltimore—passing vacant property after vacant property—wondering what you could do to help? There’s an app for that.

At least there will be, when Nneka N’namdi releases Fight Blight Bmore (fightblightbmore.com)—the name of the both the app and the movement she’s building to cultivate safe, green, economically vibrant communities in our city.

Nneka is no stranger to equity work. In addition to being COO of N’namdi Consulting, LLC, where she specializes in software testing, she is the community wellness director at The Living Well Center for Social and Economic Vibrancy, and co-founder of SisterGather, which creates spaces for women of African descent to bond, heal and grow.

But on Mother’s Day 2016, the Upton resident had an experience that encouraged her to tap into her technology background as a different way of giving back.

“Two years ago, I saw children riding their bikes down the sidewalk of Fremont Avenue, where four brownstones were being demolished. The demolition site was filled with debris and gaping holes about six feet deep—with no gate to prevent site access,” says the Morgan State graduate, who also holds a masters degree in organizational management from Capella University. “When I witnessed the potential dangers, such as a child falling into the unsecured debris, I had to do something. That day, I began researching, reporting, and tracking blight around the city.”

The Fight Blight Bmore app will make it easy for residents to do the same—automatically notifying the appropriate parties when a user documents a blighted property. Users also will have access to educational materials, analytical tools and reports to help them make data-informed decisions or leverage data to advocate for safer neighborhoods.

“Everyday I’m learning more about the impact of blight on the health of our communities. For example, the standing water inside vacant properties attracts mosquitoes. A higher concentration of mosquitoes increases the probability that someone could get West Nile Virus,” she says. “Seriously, who knows that? Often people think how bad these properties look on the outside, but they don’t consider the danger inside.”

Nneka’s goals for Fight Blight Bmore are lofty. The basic app will be free for individuals and community groups, with premium subscription options for small and midsize developers. (She aims to make the project self-sustaining instead of going the “traditional nonprofit route, where you end up constantly chasing grant money,” she says.) In addition, she is working with her developer partners to figure out how to take the platform national.

“If I’m being 100 percent honest, the ultimate goal is zero blight in Baltimore—making this app obsolete,” she says. “But I understand that’s not realistic in my lifetime. The work we are doing now is really for future generations.”

That said, Nneka is finding creative ways to enjoy incremental progress. She calls it “corner curation.”

“I recently bought an old house, just seconds away from where I live with my two sons. It’s a corner property next to a vacant lot. Currently there’s a couple of young people living there, but they’ll soon be transitioning into permanent housing through the Mayor’s Rapid Rehousing program. So, I spent some time rehabbing the property. And I went to the City and did what felt like begging to try and get them to sell me the lot next door. I found out today, they’re actually going to sell it to me.”

``So now there are two properties in my neighborhood that will no longer be blighted,” she continues. “All I have to do is get four or five people to do the same thing, on the same block, and that’s the end of it.”