No conviction? Erase the record. 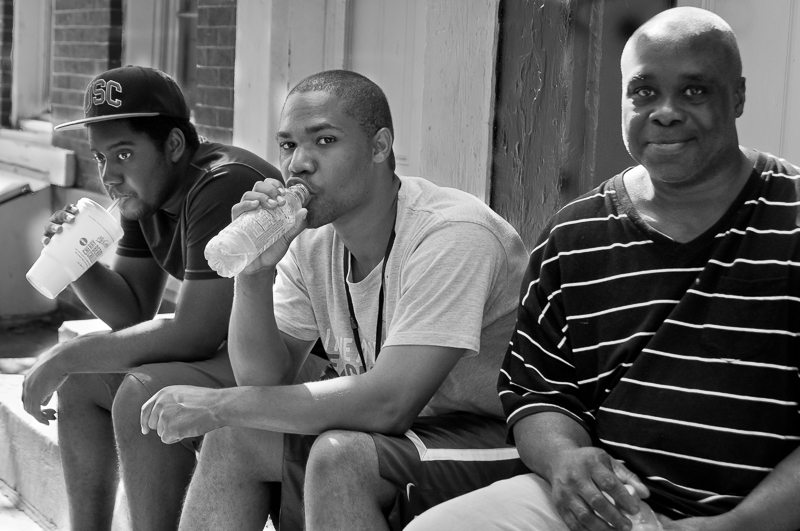 No conviction? Erase the record.

Criminal record expungements should be automatic in cases without a guilty finding. If you are looking for help in this sort of situation, then you should check out someone like these camden expungement lawyers.

In Maryland, when you’re charged with a crime, that information automatically enters the public record, easily accessible by anyone with an Internet connection – including prospective employers, landlords, credit card companies and others.
In Baltimore, the vast majority of charges either are dismissed, result in the state’s attorney declining to prosecute, or are indefinitely postponed by the courts. In 2013, only 17 percent of criminal cases in city district court resulted in convictions. Yet the public record continues to reflect the original charges for the overwhelming majority who, in the eyes of the legal system, are innocent.

In an era of ubiquitous Internet, this has one significant consequence for job seekers: a permanent mark on their public record for a crime of which they were never convicted. This can be extremely problematic, especially when most jobs these days seem to require checks, like this victoria police check, to make sure they don’t employ anyone who has a criminal record. Not only does it have an impact on the individuals’ chances of getting a job and having a future, it also makes it harder for them to find housing, secure credit or receive financial aid for education, systematically decreasing opportunity and increasing the likelihood of recidivism.

How do we fix this? The good news is that a citizen of Maryland who has been charged but not convicted of a crime can have his or her public record wiped clean. The bad news is that the state of Maryland has erected barriers that make this expungement so difficult that most people who qualify for it don’t bother to apply.

First, it’s not free. Our criminal justice system increasingly puts fees for service on the backs of the incarcerated and the poor. In this case, anyone applying for expungement must pay a $30 fee that is nonrefundable even if the expungement is denied, netting more than $1 million annually for the state. The fee is waived for those who are acquitted of the charges, but that applies to only about 3 percent of those eligible for expungement each year in Baltimore.

The second barrier is access to information. Not many people automatically think to consult with the best appeal lawyer they can find. Currently, there is no systematic process – in or out of court – to inform those charged but not convicted of crimes that they can wipe their records clean.

The third and most serious barrier is a bureaucratic process that turns a technical right into a nightmare of red tape. The application forms require knowledge of the Annotated Code of Maryland. Applicants without access to the Internet must make a trip to the court house. The 20-page informational brochure is so complex that it that requires a glossary of terms. Clerks are not allowed to assist applicants in completing forms. Even for acquittals, there is a waiting period of as many as three years.

With each additional indignity, the likelihood that an applicant successfully completes the application decreases, and the likelihood that the next hiring manager passes over their resume goes up dramatically. And while advocates and new technology like ExpungeMaryland.org continue to inch the numbers upward, an average of only one expungement form is submitted for every 10 cases filed in state circuit and district courts.

Our goal is to ensure that everyone’s “record” is accurately and fairly stated. Our solution: expungement for charges where there is no conviction should be automatic, just as those arrested but not charged currently benefit from automatic expungement. This requires legislation in Annapolis.

It’s important to note that we are not seeking to expunge public records of convictions, and charges that were dismissed because of plea agreements should remain public. Nor are we suggesting that the data on expunged charges not be accessible by law enforcement and the courts.

We simply believe that a person should not be penalized for a crime the legal system has determined they did not commit. We are seeking to give all people an even playing field in the job force, removing a bureaucratic hurdle to what should be considered a right.

These suggestions are just the beginning. Restoring the right to expungement to those convicted of crimes that are no longer illegal, and amending the rule that conviction prohibits an individual from expunging any past charges, also need to be addressed. These are just two examples of unnecessarily strict statutes that have serious consequences for many of our neighbors.

Today, we call for our elected leaders to tackle this important issue. By becoming automatic, expungement will remove an unnecessary and serious impediment for law-abiding job seekers, move more Marylanders toward productive and fulfilling lives, and reduce recidivism. What can possibly be wrong with that?

This editorial was co-written with William H. “Billy” Murphy, Jr., a trial lawyer since 1970 and a former judge on the Circuit Court for Baltimore City, from 1980 to 1983.