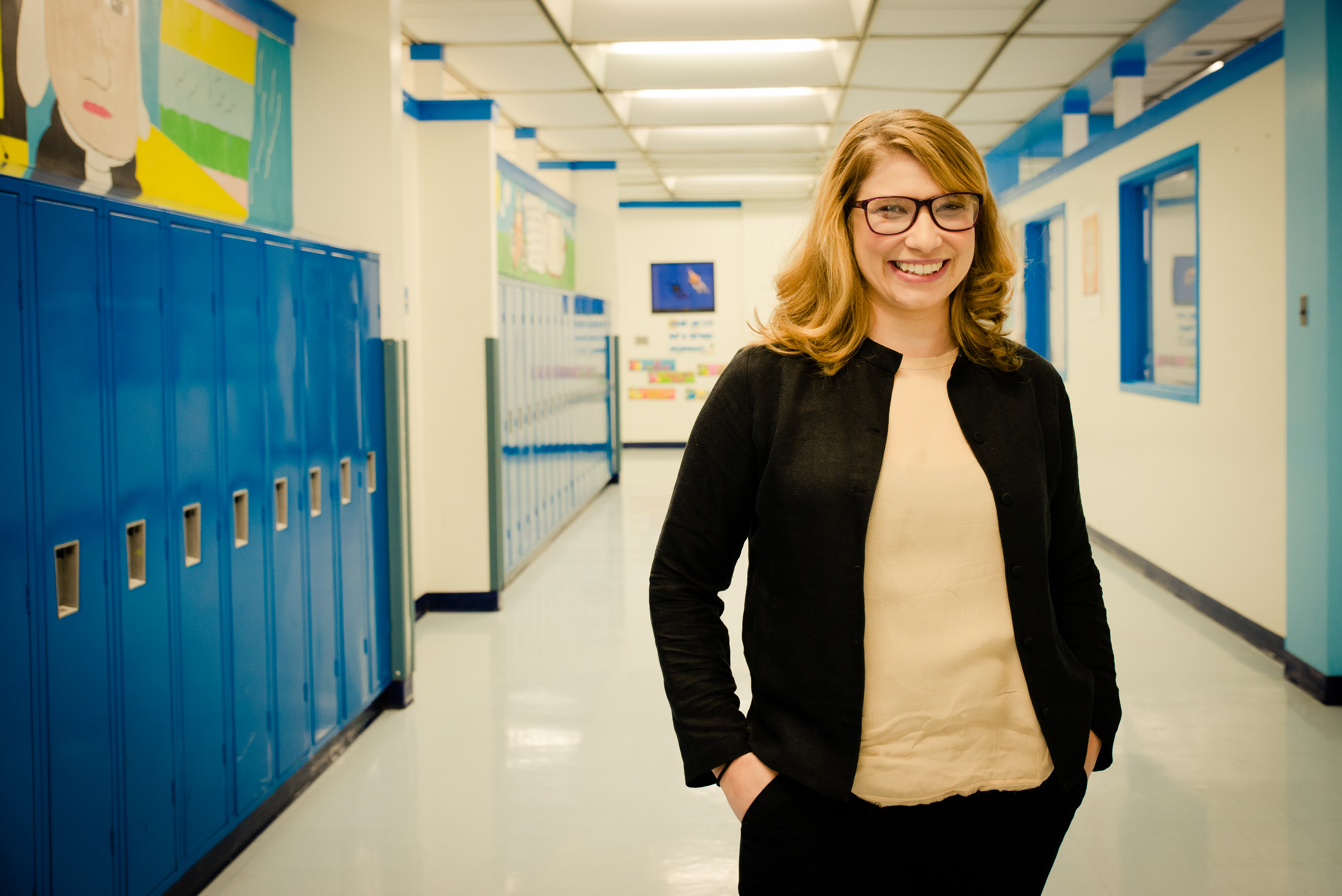 Nonprofit wants city schoolchildren to graduate with the programming skills the world demands.

Every year, demand grows for people who know how to write computer code. And every year, thousands of students graduate from the Baltimore City Public Schools – almost none of them with even minimal programming skills. In fact, apart from a required, one-semester technology class that essentially covers things they already know, kids can leave high school after four years having hardly touched a computer.

Gretchen LeGrand considers that a scandal. The Bolton Hill resident, a Baltimore-area native, thinks every BCPS student should graduate with some understanding of how software is written. Today’s kids are more connected than ever through computers, smartphones and social media; why shouldn’t writing code be at least as basic to their education as biology or history? Appropriately enough, LeGrand sees technology as the key to achieving that goal.

“We really feel like you don’t have to be a genius to be a computer programmer.”

Last spring, LeGrand, whose background is in education and mental health, and her husband, Mike LeGrand, a computer programmer, launched their nonprofit, codeintheschools.org. They are using a combination of free software available online and curriculum they are developing to give even the youngest kids who take their classes the tools to create simple games. Looking to the future, they see great promise in blended learning, a rising trend in education that combines in-person instruction with technological tools that allow lessons to be diffused to the widest possible audience.

For example, online video tutorials that students follow at their own pace can improve their odds of success while reducing the biggest expense of any educational program: classroom instruction. Another advantage to this model is that it can be easily customized to suit the needs and specialized programs of individual schools.

The LeGrands’ idea seems to be catching on. They started in the spring with an eight-week class for a group of Digital Harbor High School students. That was quickly followed by a series of summer classes for younger kids; a “game jam” in September, with teams of students competing for prizes; and a variety of classes this fall for various age groups at six different sites.

That momentum is encouraging, but there’s a long way to go to reach the more than 80,000 kids in the city school system. Although she is making inroads with city officials, LeGrand says it won’t happen until computer science classes count toward math and science graduation requirements in Maryland (only a small number of states currently do this).

Computer coding is closely associated in the popular mind with video game development, but the need for those skills is rising in almost every industry, from the arts to medicine to agriculture. Games may be the way kids get interested in computing, but as LeGrand points out: “It doesn’t matter what field you’re in; everybody’s using computers, everybody needs their own tools – and it’s programmers who write those apps.”