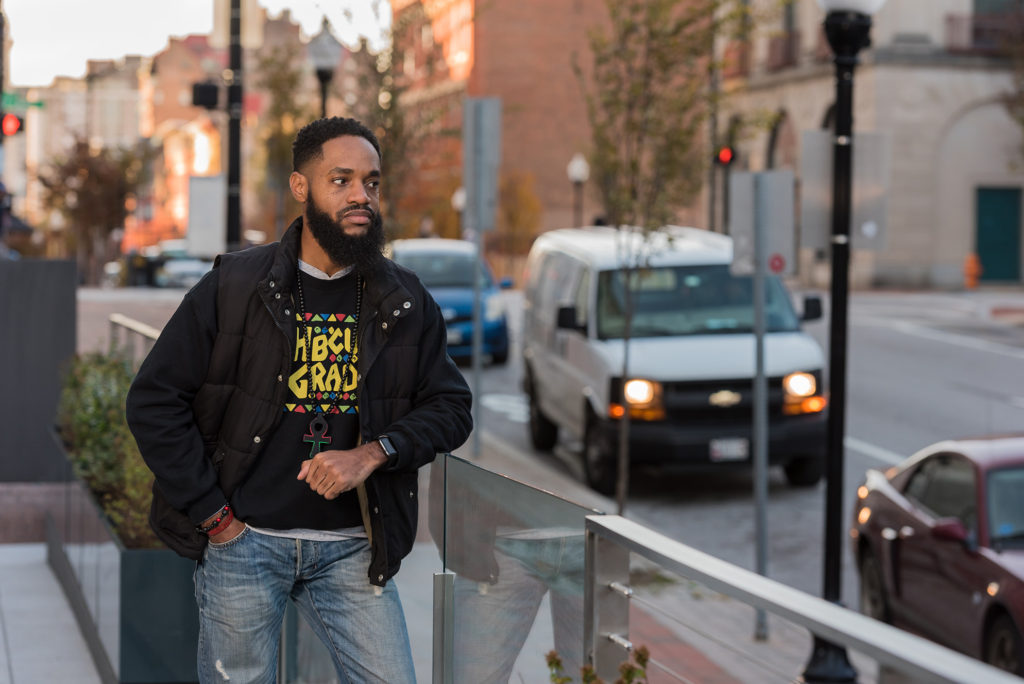 Hobbies:Bowling, Basketball in a league

According to Eric Jamison obtaining four college degrees is just a testament to his inability to make up his mind. But to the rest of the world, it’s an example of perseverance. The Baltimore Polytechnic grad has a Bachelors and Masters Degree in Chemistry. “When I was in undergrad I wanted to pursue something that I was good at, which was science. When I started to understand myself I wanted something more community oriented.”

“When I was in undergrad I wanted to pursue something that I was good at, which was science. When I started to understand myself I wanted something more community oriented.”

Jamison has a vision to create a series of Entrepreneurship Labs for middle and high school students to have structured programming after school and on the weekends. “It’s not school, so it’s not test and fancy terms. You can work for yourself and do this,” he explained his vision. In addition to the labs, he started the Regal Women and Royal Men internship program in the Yale Heights Community. “I’ve always had a passion for working with young people. I have a long-standing track record of assisting or helping to develop young minds.”

Jamison grew up in the Forest Park neighborhood in West Baltimore. While he wasn’t always academically strong, his parents encouraged him to enroll in many different structured activities like, swimming, karate, baseball and basketball. But it was programs like Upward Bound that exposed him to college and introduced him to his interest in chemistry. He hopes to create a similar impact with the students in his programs. “To be honest, outside of my father I’ve never had that mentor relationship. But there was a professor in college that said ‘hey, you can really do this and be whatever you want to be.’” In the future he hopes to teach at an HBCU and hopefully impact the life of young student.