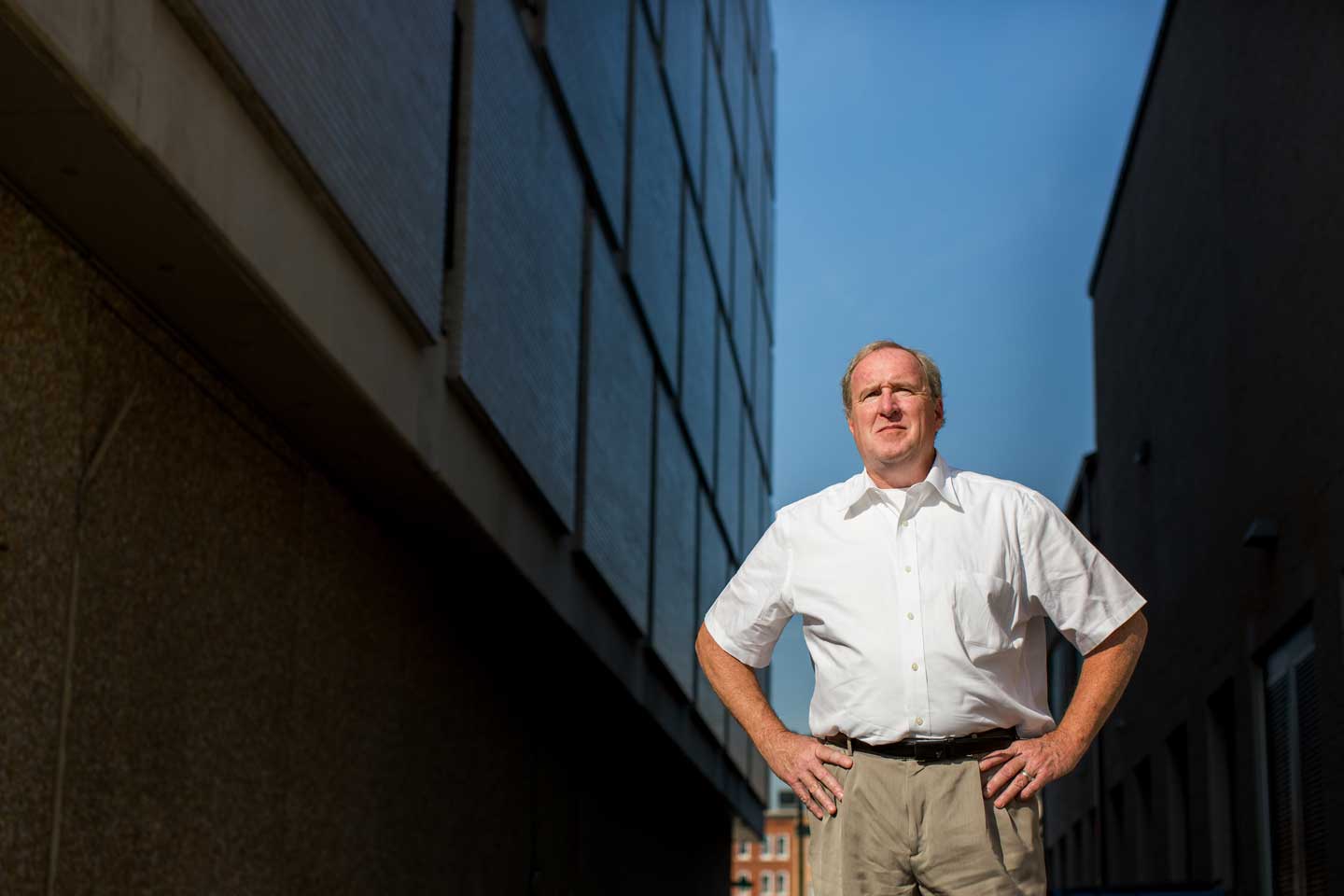 Innovation: Collaborating with hackers to design products and houses for people with disabilities

Hobbies: Gardening, hanging out with his children

Fun Fact: Planted a green roof on his house and is building an Adirondack herb dryer

An economist used to thinking rationally finds his world turned upside-down. In struggling to achieve a new normal, finds the power to change lives.

By now, the tragedy that sundered Ed Slattery’s life into “before” and “after” has been well publicized. In 2010, on a highway between Maryland and Ohio, a truck slammed into Slattery’s car and crushed it. Slattery wasn’t in it. His wife and sons were. Susan was killed almost instantly. Peter and Matthew were injured, severely. Peter, 16 at the time, recovered. But Matthew, then 12, was left with permanent brain damage.

“It was the most nauseating time of my life,” Slattery sighs. “Absolutely horrible. And I had no time to grieve Susan because Matthew needed so much help.”

Matthew spent six months in the hospital, unable to walk, talk, or move, and then began what would become a lifetime of rehab. Thanks to the Kennedy Krieger Institute, he has made progress. He now lives with his father in a house in Lutherville, every aspect of the structure specifically designed to accommodate a person with disabilities. And Slattery, who has had no training in architecture or design, had a hand in its creation.

I just explained my situation and asked for help. At the end, they all applauded.

It might seem counterintuitive that a house designed for a person in a wheelchair would have a tower, but Slattery has discovered that what seems impossible can be do-able. He and the architects he hired figured out how to enhance that most important element of a disabled person’s life – ADL, or Activities of Daily Living. Things we take for granted, such as getting in and out of a chair, eating, holding a book, all become more problematic for someone with disabilities. Slattery wanted to take what he had learned through the construction of his house and apply it to the design of other products. But he didn’t know how to go about it.

A hackathon is an informal gathering of professionals in various fields – computer graphics, engineering, coding, software development – who collaborate intensively for a short period of time to come up with new ideas. Slattery attended his first Baltimore Hackathon in March 2016 and raised his hand.

“I had no idea what I was doing,” he says. “I just explained my situation and asked for help. At the end, they all applauded.”

He found many willing collaborators. A month later, they reconvened to present their results, one of which was a rudimentary collision-avoidance system for wheelchair users.

Slattery hopes to one day host up to 100 hacking teams at the Baltimore Convention Center, an event that will include speakers, digital/engineering wizards, even employers. He’s also working with volunteer architects to build another disabled-accessible home, the first of what he hopes will be many such houses.

“Yes, you need money,” he says. “But more than that, you need a community.”

Slattery’s new community now includes people far from his field of economics, people who are helping him build a new normal for himself, Matthew, and potentially thousands of other families.