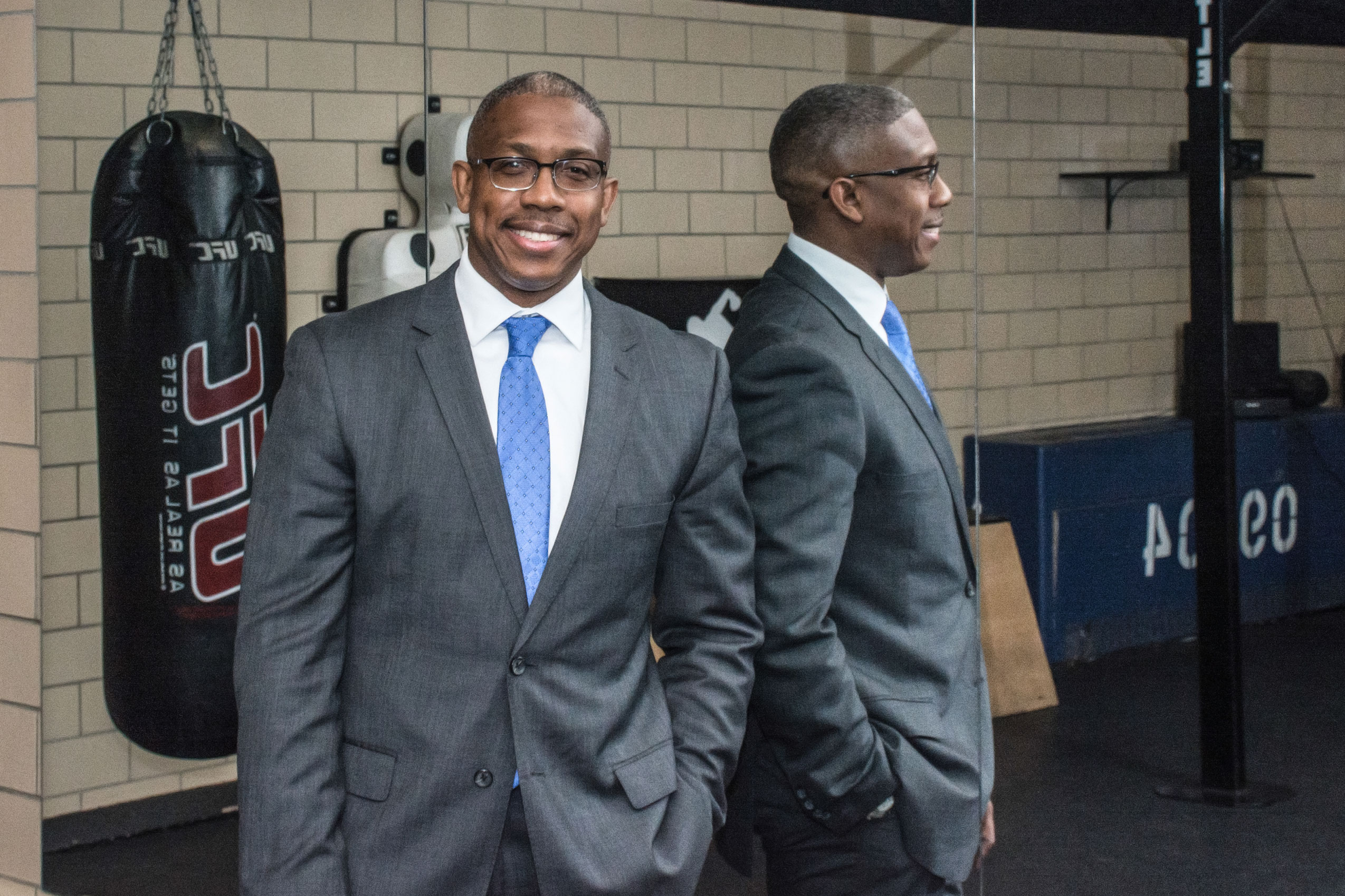 Fun Fact: Even though he’s been a martial artist and wrestler for most of his life, he actually passed out at the birth of his first daughter.

Martial artist uses the principal of forgiveness to teach life lessons to young boys in Baltimore.

By the time Damion Cooper realized he was being followed, it was too late.  The martial artist was walking home through his Northeast Baltimore neighborhood after wrestling practice when two assailants approached him and pulled the trigger. The bullet landed one inch above his heart and would leave him scarred forever. The random act of violence made him question everything, including his Catholic school upbringing. And while he was angry with God for allowing this to happen to him, he knew he couldn’t fully live his life harboring feelings of hatred and bitterness. So one day after a church service, he was moved to forgive the unknown gunmen that almost killed him.

Years later, after receiving his Masters in Theology, the father of three began mentoring young men in prison.  He soon discovered that the mentee he’d grown especially fond of was the actual gunman that shot him years earlier. In that moment, he chose to exercise the strength of forgiveness and continued to build a relationship with that young man.

This experience inspired him to create Project Pneuma, a holistic program focused on forgiveness and curbing impulse actions in young African American males by teaching them yoga, mindfulness, breathing techniques and martial arts. “As black males we can become very angry and hold onto things. I can show these young men that if I can forgive a man for putting a hole in my chest, you can forgive someone for calling you names or judging your shoes,” he explained.

“As black males we can become very angry and hold onto things. I can show these young men that if I can forgive a man for putting a hole in my chest, you can forgive someone for calling you names or judging your shoes,”

Project Pneuma partners with the Baltimore City Public Schools to identify young men that are struggling academically, as well as those who are doing exceptionally well. The program teaches these students how to work with each other to identify their strengths and weaknesses. “We teach them how to breathe in and out and be at peace,” he says. Project Pneuma also partners with the Baltimore City Police Department so that the young men and new officers can build bonds of trust, respect and cultural competencies.

The program prides itself on exposing its participants to new environments and activities to help them grow individually and collectively. “We focus heavily on martial arts. Even though it’s a team sport, you have to stand one on one because what you do affects your team.”

Because Cooper believes in leading by example, he still speaks with his mentee every Saturday.